It's been a week since the country moved into alert level 3, but retailers and small outlets say the restricted move back into economic activity is doing very little to help their prospects of recovery. 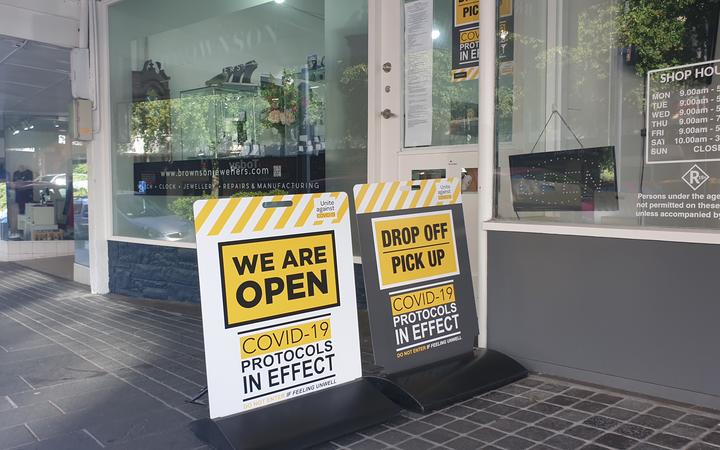 Retail sales took a nosedive in March - plummeting about 80 percent on the same period last year.

Retail New Zealand says online trading is not delivering the sales that will allow businesses to bounce back from what it calls "the economic carnage of the past few weeks".

Brownson Jewellers is a family-run business that has operated in New Plymouth since 1929.

Speaking through the door of his Devon Street store, owner Wayne Brownson explained the system he's installed to offer contactless watch and jewellery repairs since the country entered alert level 3.

"People can come into town and they can drop off the repair and we have a wee slide we can put it in and we receive it and sterilise it and things like that.

"And then when it's ready we send them a text and we put it on a little open door and they can come and pick it up."

Brownson said reopening was about more than turnover.

"It's certainly been very slow but I think people are nervous to come out. But you've got to give the public the opportunity to come out and they may be a little cautious hence the set up we have.

"I think it's about keeping the relationship going and trying to be there and help people out when they need to be helped out with watch batteries, ring sizings and glasses repairs."

But Brownson reckoned revenue was down 90 percent.

Poppies Bookshop also reopened with the move to alert level 3.

Manager Ruth Bruhin said online trade had been busier than ever, but sales were still down overall. 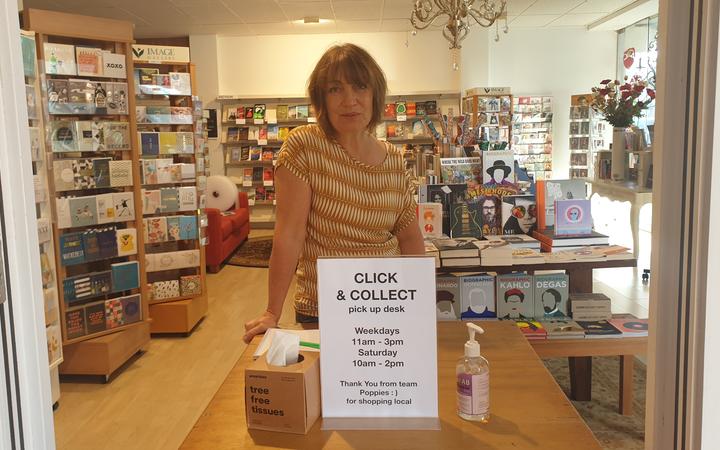 "We definitely still need to lift our game. We still need more custom basically in order to go back to those prior daily sales figures. Because obviously there's a lot of our clients that can't come in to the store at the moment."

Across town, Escape Coffee Roasters was one of cafes to reopen with the relaxation of restrictions.

Owner Marli Gieni reckoned it was the right decision.

"It's definitely been worth it. The first two days I think everybody was ready to get out and get a coffee. So, we were really busy for the first couple of days and the weather was also a bit better.

"It's slowed down a bit now, but we're hopeful that people are wanting to get out and we're wanting to see people so it's nice."

Even so, Gieni, who was looking forward to the return of office workers, believed turnover was just 50 percent of where it had been. 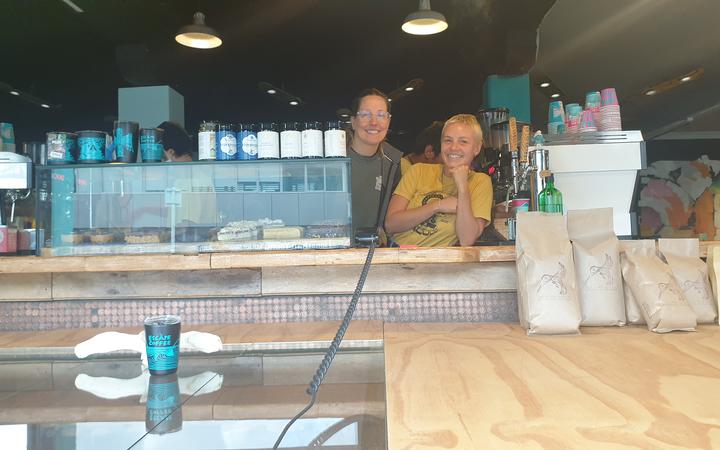 Mellar said Toyworld's online business had taken off during the Covid-19 crisis.

"People seem to have really adopted online shopping and I'm even having phone calls with some of our elderly customers who've never used a website before and we are guiding them through that.

"And most people are going online and grabbing those toys and gifts for their kids or some of the big kids."

But Mellar said had not made up for lost sales in the bricks and mortar stores.

"The web store's always been approximately 10 percent of our total business. So, to have our stores closed means we are missing out on a large percentage of our business.

"While the web store is going great guns the stores are where the majority of our business is done."

Retail New Zealand chief executive Greg Harford said with online sales permitted again at alert level 3 they had predictably spiked, by as much as 350 percent.

But he said for retailers that was off a low base and sales had still collapsed and were averaging about 20 percent of what business would normally expect.

Harford said retailers were frustrated they were not able to reopen.

"We've seen great work by the supermarkets and others during the period of the level 4 lockdown where people have been able to come into stores and shop safely and if other stores are able to put in place similar safety measures there's no reason why they shouldn't be able to open their physical shops as well."

Harford said the government should also consider extending the wage subsidy to retailers or risk thousands of businesses going to the wall.