The government has been asked for flexibility to allow more independent grocers and other food outlets to fully open at level 3, Horticulture New Zealand says. 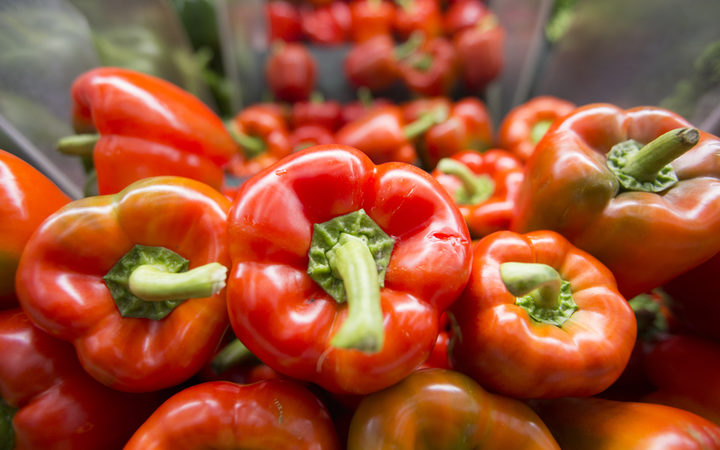 The lockdown has crippled produce supply to New Zealanders despite supermarkets staying open and many independent growers and grocers say their businesses might not survive the next few weeks.

While many smaller independent grocers once provided some competition to the big supermarkets, Chapman said the lockdown had tipped the uneven playing field for produce growers even further.

"Some growers are really busy supplying as much as they can to the supermarkets.

"And other growers are sitting there wondering, should they plant because they've got nowhere to sell their vegetables."

Chapman said the sector supported the need to keep New Zealanders safe during lockdown but added opening some smaller retailers in level 3 was crucial for the sector.

He said growers still had to balance the responsibility to keep New Zealand's domestic fruit and veggie supply running but many may not survive another few weeks.

Horticulture NZ submitted a request to the government for the one-in, one-out policy to be available for more outlets.

It also presented an operating procedure plan on how independent retailers could operate safely but is yet to receive a response.

"There aren't enough outlets to get the food out. Our suggestion is, get as many outlets as you can safely open as possible," Chapman said.

"Under level 3 we are certainly saying perhaps there can be some more flexibility and the prime minister has talked about 'click and collect' and stuff like that which we're fully supportive of. But we're hoping for just a little bit more flexibility to get just as many outlets operating as possible."

Level 3 conditions will provide some relief to the sector, but it won't be enough.

Independent grocer Jack Lum, 77, stayed open when the country went into lockdown but within hours his shop was closed down by police.

He accepts the Level 3 conditions but said he was initially disappointed he couldn't open his shop.

"It's just one of those things we can't do anything about," Lum said.

"I've been in the shop past few days tidying up and we were getting phone calls all day [asking] 'when are you going to re-open?'. I just said, 'at this stage, I don't know'. Pretty disappointed."

He said by the time the country reached level 2 it may be too late for him.

"I don't even feel like opening up now. Might as well give it up. Close it permanent. I've been there 50 years. I'm hitting near 80 ... so it's time to slow down anyway. This is probably a good time to do it."

Lum said he hoped customers didn't get too used to shopping at the big supermarkets and they returned to support independent grocers once the country reached level 2.