More than 20,000 people have signed a petition to save Marlborough based commuter airline Sounds Air. 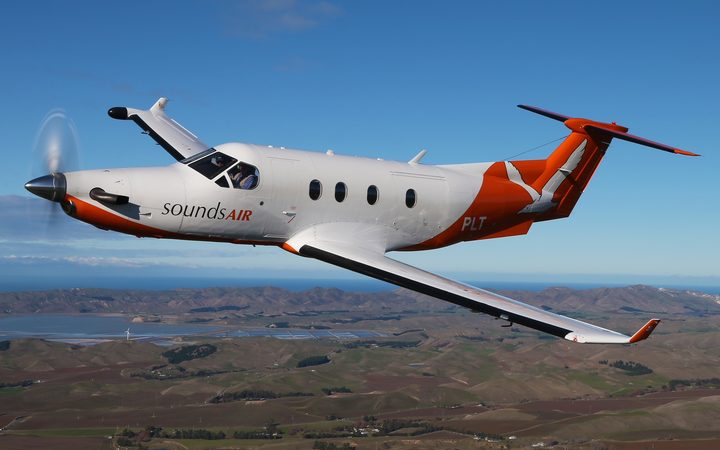 The airline is among others grounded by the effects of the Covid-19 crisis, which has hit the aviation industry especially hard.

Kaikōura MP Stuart Smith who is spearheading the petition wants the government to help save Sounds Air from receivership through its $600 million aviation relief package.

"Sounds Air has requested a small amount of financial support to continue operating for the next 18 months while the economy recovers but the government has refused, to date."

Smith said the airline was some regions' only air operator, and the government needed to step in.

Transport Minister Phil Twyford said freight had been a priority in the government's support for aviation, but it wanted to help Sounds Air.

"Smaller airlines such as Sounds Air play an important role keeping our remote communities connected and stepping in to run services when Air New Zealand pull out of regional routes.

"I am sure there is a place for them in New Zealand's future aviation sector."

Twyford said the airline would need to join others in demonstrating a plan for how it planned to continue.

"Support for Sounds Air needs to go through the same ministry process as other smaller airlines and aviation agencies have, which is to have a plan for how they can continue to operate during the downturn in passenger numbers."

Of the government's $600m package, $330m has supported international airfreight to ensure vital imports into the country, and for exporters to get their high-value goods to foreign markets.

Immediate support was extended to Air New Zealand to maintain vital airfreight links to foreign markets, and to Qantas for essential trans-Tasman airfreight.

The government has also invited proposals from international air operators to support airfreight requirements over the next six months.