Businesses on the West Coast of the South Island say they should be allowed to open their doors ahead of other regions where cases of Covid-19 are a lot higher. 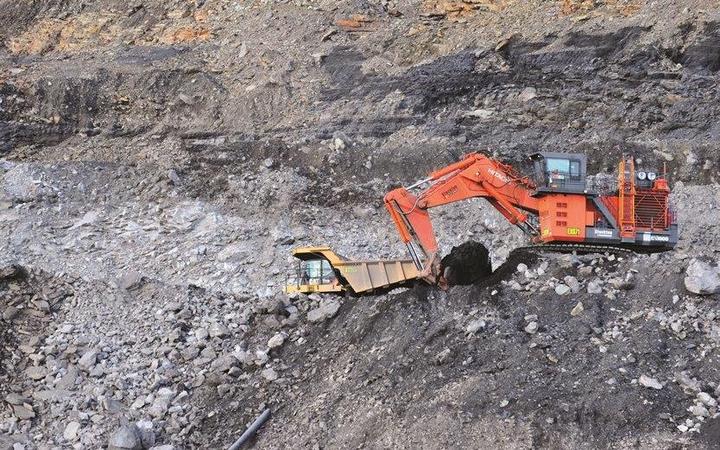 A ban on coal exports has meant 300 miners at Stockton have been out of work. Photo: Supplied

Today the government is due to say what level 2 and 3 restrictions would look like ahead of deciding on Monday whether the country was ready to move out of level 4.

Some on the West Coast believe their region is uniquely placed to move straight to a lower level.

Buller Mayor and dairy farmer, Jamie Cleine, said unlike neighbouring regions, the coast had only recorded five cases of the virus.

"As time goes on and we don't appear to be having flare-ups on the coast, I guess the confidence builds that it's not in our community, you know, undetected in the community."

Like all of those spoken to by RNZ, Jamie Cleine was clear that the case for re-opening for business could only be made if there were strict controls on those coming in to the region.

He said fortunately there were only a handful of ways to get to the coast.

"So if we were to be on level 2, whilst some of our immediate neighbours in Tasman or Canterbury, were still on a 4 or a 3, then I guess we would need to be a bit more cautious around the flow of people in and out of those higher alert level [areas] to us."

Due to food providers being classed as essential services, fish was still being landed in Westport for workers at the processing plant to turn in to fillets and tankers had continued ferrying milk from farms to the huge dairy factory in Hokitika.

But being in level 4 had meant a ban on exports of coal and therefore no work for the 300 miners at Stockton.

Mayor Cleine, said maintaining two metres of separation would be simple in such a setting.

"There's industries like that, that are certainly raring to go and you know, all leaders, I guess we are encouraging the government to allow businesses that can operate safely and under whatever level really, to be allowed to do so."

The manager of advocacy group, Minerals West Coast, Patrick Phelps, said with a population of just 32,000 spread over 23,000km, physical distancing was not a problem.

"It's pretty hard to be within two meters of someone on the West Coast you know, rather than having to keep two meters away from them."

The roughly 150 people employed in gold prospecting were also waiting for restrictions to lift and were just as confident of being able to keep their distance at work.

"Even take a 10-person operation. Each person would be in their own machine you know, you've just got one operator per digger or dump truck or what have you. So provided they're all going to work on their own, there's no reason they couldn't just be sitting in their own machine, making sure they're the only person going into that."

Hotelier and chairperson of the Grey District Business Promotion Association, Phillip Barnett, said like everywhere, the hospitality sector was the one struggling the most at the moment.

"There's a lot of people that know that whatever happens at the other side, it is going to be a very new world for them. A lot of people can't even, you know, offer a scenario to the bank to start talking, because we just don't know. At the moment there's just a lot of people hoping that the light at the end of the tunnel is not a train coming."

While many in the accommodation game would balk at the idea of a temporary ban on visitors to the region, Phillip Barnett said if it meant even a small amount of extra business, he was in.

"There's a lot of other businesses here that, although they won't be the same, in a new era could be profitable again and employ our community, just as long as they had their own local market. So if that's the best scenario, we'll take that."

Phillip Barnett said longer term the coast, with its cycle trails and great walks, was perfectly placed to make the most of people swapping their overseas holidays for adventures closer to home.