A Waikato mayor says the slashing of opening hours at a local bank is another blow to a region in the grip of drought and suffering from the financial downturn from the Covid-19 coronavirus. 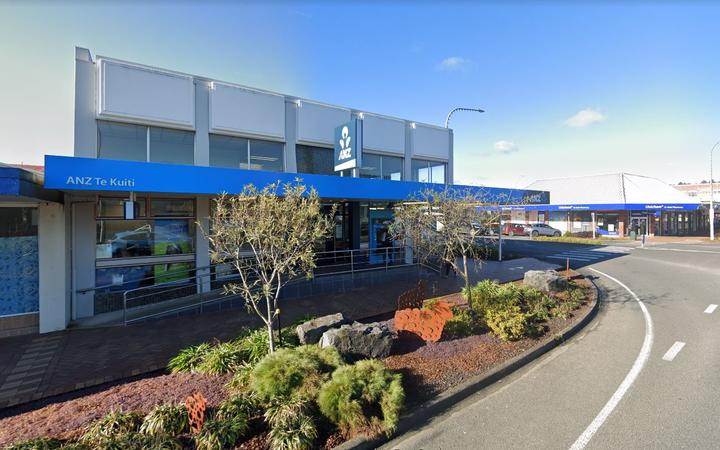 ANZ has announced its Te Kuiti branch will only open Tuesday through Thursday from 21 April - up until now its been open five days a week.

It now joins most of the other major banks in the King Country Te Rohe Pōtae hub town in operating restricted opening hours.

Last year the government went so far as to strike a deal with the major banks to promise not to scupper any more regional branches, with dozens being shuttered in recent years.

The mayor of the Waitomo District in Waikato, John Robertson, said it was another blow for an area already hit by drought, and a town of just over 4000 people which is still reeling from dozens of job loses from the local saw mill last month.

"We are a centre that produces meat, wool, forestry [products] and has significant tourism - Waitomo caves are in our area."

Waikato Age Concern's Brent Nielsen said the drop in opening hours could lead to an increase in elder abuse.

"There is the potential that they are going to rely more on others, many of those people are trustworthy - sometimes they are not.

"Unfortunately, that's an area of considerable financial abuse [of older people] through ... lack of mobility and lack of accessibility to banking services."

Nielsen said for older people the trip to the bank was a crucial way to stay active and connected with the wider community.

"People who are socially connected are less vulnerable."

Deb Hill from Otorohanga Support House, a hub for social services in the area, said it would make life much more difficult for the most vulnerable people in the community - many who did not have access to the internet or smart phones.

She said it could also have cascading negative effects. For example, someone being unable to get to the bank to pay their power bill and it get disconnected which ruined their credit rating.

"All because the lack of hours of a bank in town."

ANZ said the average customer only visit a branched once or twice a year with the overwhelming majority of banking now done online.

Robertson said he wanted ANZ to help people get up to speed with online banking technology.

"Perhaps with workshops on internet banking [and] working with some of our community agencies like [Citizens Advice Bureau] to help those that are not familiar or uncomfortable with this new way of paying."

ANZ said its staff could help people register for its digital services and people could call its 0800 number for banking assistance.

It said today only about 1 percent of transactions that involve things like deposits, withdrawals, transfers and automatic payments were done in person, compared to 43 percent in 2012.