The restaurant industry in New Zealand estimates it is losing $6 million in revenue every week because of coronavirus. 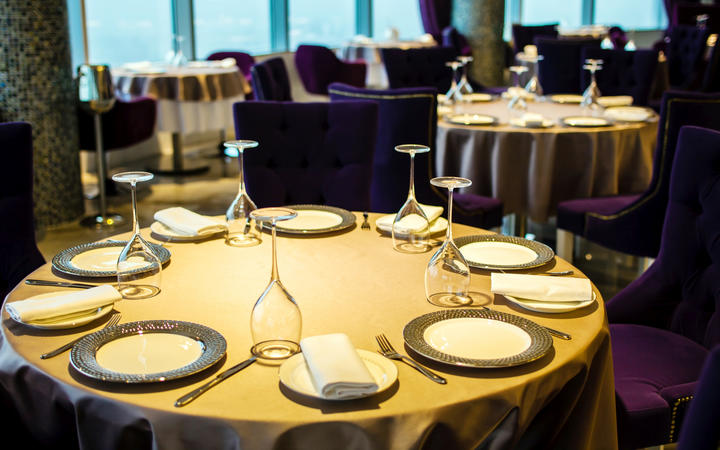 Restaurant Association chief executive Marisa Bidois told Morning Report the crunch on hospitality businesses was a combination of people not going out and the travel restrictions in place.

"We're getting reports from some of our members that are between 60-70 percent down on takings last year as a direct result of the coronavirus outbreak.

"In some cases, we've seen business starting restructure processes. We actually had one of our large Thai businesses close yesterday and that has been open for 30 years. They're claiming that it's directly because of the travel ban."

She said the government should step up with tax cuts or financial assistance for struggling businesses.

"Perhaps we look at $500 per employee for businesses that employ under 20 employees, something along those lines. There's been lots of great examples that the government have come up with in the past."

Bidois said they had been in touch with a couple of ministers but hadn't heard back from them yet.

In the meantime, the Restaurant Association has put together an emergency support package where they are working with businesses to help with extra marketing, legal support and mentoring.

"Unfortunately, it's not quite enough at this stage and we'd like to see government assisting."

Meanwhile, travel companies are seeing few cancellations from their customers despite airlines cutting back their services and countries tightening their borders against the spread of coronavirus.

In fact, many are seeing an uptick in sales as cruise ships, airline companies and hoteliers flood them with cheap deals.

Brent Thomas from House of Travel told Morning Report there had been some very good sale prices, but most people were booking for a few months down the line.

"There's definitely people coming in to enquire in the stores and they are still looking to travel in 2020, but it may be later in the year."

Finance Minister Grant Robertson told Morning Report a variety of options were on the table when it comes to assisting with businesses and employers affected by the virus.

A group of cabinet ministers met yesterday to discuss the government's response to the outbreak.

It's been decided in principle the standdown period for accessing benefits will be waived for those who have lost their employment due to the virus.

"We've been planning all along for a range of scenarios and one of those is that this turns into a major global issue and that turns into the effect you'd expect on New Zealand. We're not predicting that, but we are planning for it," Robertson said.

"This is now spreading around the globe, that means from an economic perspective we're talking about effects right across the year.

"Clearly there's an intensity of effect at the moment for industries like tourism and forestry, but it's the flow on impacts essentially caused by global confidence and what that will mean for the various exporters and importers we have."

Robertson said the government is taking a sector by sector and region by region approach.

"For example, minister Twyford made a visit to the East Coast where you've got a region that's affected and forestry that's particularly affected. The conversation we had there was how we could support employers to be able to continue to keep their staff on board."