Fletcher Building is hopeful the Ihumātao land dispute can be resolved soon but says it cannot hold off indefinitely. 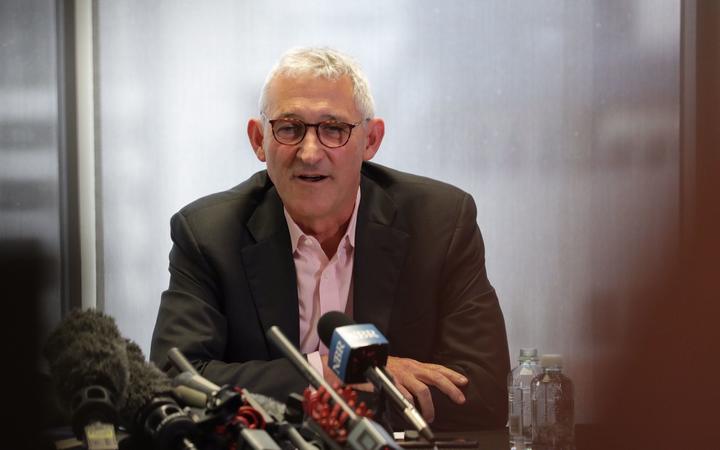 Presenting the construction company's half-year results to the end of December 2019 chief executive Ross Taylor said it has been a complex situation.

But the company said in a presentation that it is the legal owner of the land and had consents to develop it.

The announcement said: "Over the last five years, we have taken time to listen to a variety of stakeholders including iwi who have mana whenua over the land, and also to gain all the right council and government approvals for the development to go ahead.

"We acknowledge the cultural and historical significance of the surrounding area, and that's why we have worked closely with local iwi to design a scheme which gives over a third of our land to the historic reserve adjacent."

The company release said that while it is encouraging that there could be a resolution, "the reality is that we are the legal owners of a piece of land which is fully consented, that is empathetic to iwi considerations and the adjacent stonefields site, and which we are entitled to develop.

"Fletcher Building has done our very best to allow for the parties to reach an agreement over an extended period, but we are not in a position to hold off development indefinitely.

"However, we remain hopeful of a resolution in the near future, which all parties can be comfortable with."

Later, Taylor spoke to RNZ about the company result and addressed the issue of the land dispute in South Auckland.

"We were asked by the prime minister to step back to allow parties to come to an acceptable solution. We have done that for seven months.

"I think it is very close based on our conversations with senior levels of government but that needs to come to a conclusion, in the short term."

The discussion on Ihumātao comes as the construction company reported a weaker first-half result, as it continues to address challenges in its steel and Australian businesses.

The net profit for the six months ended December is down 8 percent to $82 million, with an underlying profit of $219m.

Taylor said the balance sheet was strong with improved cashflow.

The company was maintaining its full-year underlying profit forecast in a range of $515m to $565m, broadly similar to last year's $549m.

Revenue from continuing operations was down 5 percent to $4.33 billion, with total revenue of $3.96b.

Taylor said the New Zealand core businesses, outside of steel, had delivered a solid performance.

"In steel, trading conditions remain challenging, though we have seen volumes and margins improving as we enter the second half," he said.

"Residential house sales are benefiting from strong demand, with a large volume of committed sales due for settlement in the second half."

It said Fletcher Construction continued to work with SkyCity to repair fire damage to the International Convention Centre under construction in Auckland.

"We continue to commit significant resources to the project and have a team of around 200 people on site as the recovery progresses."

Taylor said the Australian market was challenging, but had seen some improvements through cost cutting.

"With the reset well advanced, we have assessed our portfolio and decided to divest the Rocla business and are now focused on driving growth and operational performance in our other Australian businesses," he said, adding the sale of the concrete products business was expected to be completed this calendar year.

Fletcher will pay shareholders an interim dividend of 11 cents per share.