The number of people out of work has ticked up as fewer jobs were created, while wages have grown at their fastest rate in more than a decade. 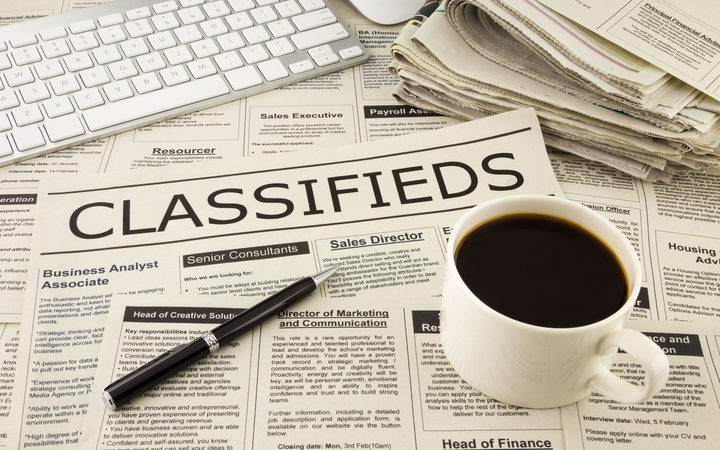 The number of jobs created slowed to 6000 for the quarter. Photo: 123RF

Official figures show the unemployment rate rose to a seasonally adjusted 4.2 percent in the three months ended September from an 11 year low of 3.9 percent in the previous quarter.

The rise was a touch above expectations, as the number of jobs created slowing to 6000 for the quarter, while the labour force grew at twice that rate.

"While the unemployment rate has returned to the level seen in the March 2019 quarter, it has largely been tracking down since late 2012," Stats NZ senior manager Paul Pascoe said.

The underutilisation rate, which measures the number of people working seeking more hours and is an indicator of slack in the market, fell to 10.4 percent, the lowest since the global financial crisis in 2008.

Wages for the public and private sectors also grew at their strongest rate in 11 years, with an annual rate of 2.4 percent, reflecting several large pay settlements, and the continued effect of the increase in the minimum wage.

ASB senior economist Mike Jones said the labour market was showing a few signs of cracking, which no surprise given the slowing economy, but the numbers were probably stronger than the rise in unemployment implied.

"Still, we think today's small increase is the start of a trend higher in unemployment that will top out around 4.5 percent this time next year."

He said the numbers were not likely to affect the probable interest rate cut by the Reserve Bank of NZ next week.

"The RBNZ has more work to do to ensure employment remains around its 'maximum sustainable' level. We continue to expect a 25 basis points rate cut at next week's meeting and a further 25 basis points reduction in February," Mr Jones said.

Steady economic numbers, a bottoming out of business pessimism, and signs of a possible improvement in the global outlook have seen some economists scaling back the chances of another RBNZ interest rate cut, in the near term at least.