Fast food company Restaurant Brands has made a smaller half year profit largely because of accounting changes as it prepares to invest heavily in the launch of Taco Bell in New Zealand. 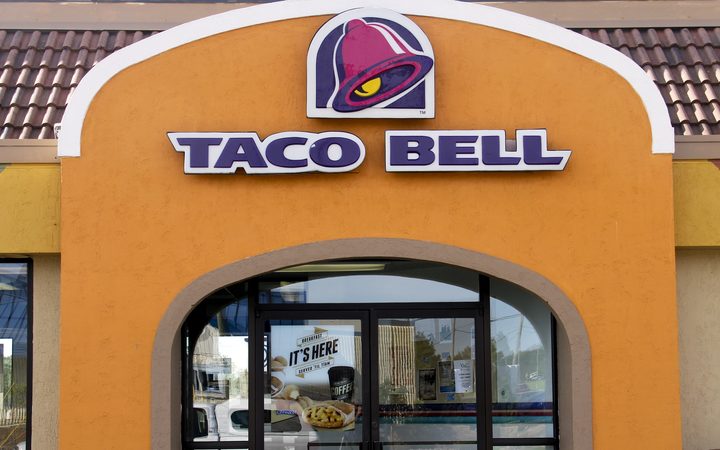 The first Taco Bell in New Zealand is set to open this financial year. Photo: 123RF

The company owns the KFC, Pizza Hut, Carl's Junior and Taco Bell chains, and operates them in New Zealand, Australia and around the Pacific.

Its net profit in the six months to September was down two percent to $20 million, affected by accounting changes, however underlying profit rose 14 percent to $25m compared with the same period.

Group sales were up nearly three percent to $442.6m.

New Zealand revenue was flat as soaring sales of burgers and its cornerstone fried chicken, offset a decline in pizza sales.

It would not pay a half year dividend as it invests in new stores and revamped menus to boost sales.

"The company is beginning to ramp up its capital expenditure programme," the company said.

Planning for the opening of more than 60 Taco Bell stores in New Zealand and Australia over the next five years is now underway with the first of these due to open this financial year," it said.

"This, combined with potential further acquisitions and the refurbishment programme in Hawaii now picking up pace, is beginning to place significant demands on the capital resources of the company."

It expected its full year net profit to be 10 percent above the previous year at $39m.

The company sold the licence to operate Starbucks in New Zealand last year.