Ports of Auckland has suspended paying dividends, as it looks to save cash for future expansion. 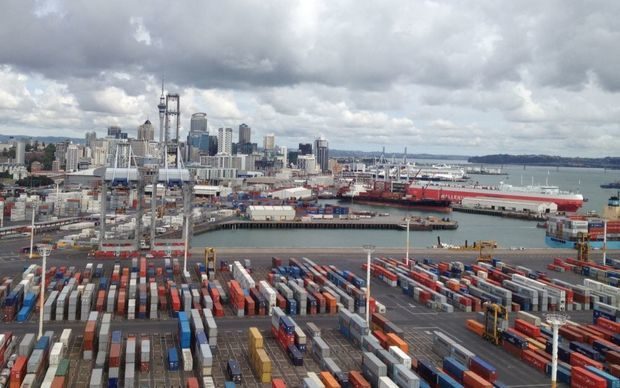 Ports of Auckland made a net profit of $53.9m. Photo: RNZ

The port, completely owned by the Auckland Council, made a net profit after tax of $53.9 million for the year ended June, compared with $76.8m the year before.

Revenue rose slightly to $248m, but container, bulk cargo, and car imports were all lower.

It said the Auckland Council had agreed to the dividend suspension this year and a reduction in the next two financial years to 20 percent of its net profit, compared with the current 80 percent.

"We needed to have a discussion with the shareholder about making sure that the money we earn this year goes back into supporting our capital projects," Ports of Auckland chief executive Tony Gibson said.

"They were very supportive and understood it."

The port has been battling the Port of Tauranga to attract shipping services, and lost a North American shipping customer in the year worth millions of dollars.

Auckland has been the country's main import destination and Tauranga the chief export outlet, which has been enhanced by dredging the harbour to handle bigger container ships.

Mr Gibson said it is applying for a resource consent to deepen its shipping channel to allow larger ships to dock.

"The migration of larger ships to New Zealand, it is inevitable as they cascade from smaller to larger ships around the world."

The port's capacity has been reduced and productivity has fallen because of congestion caused by an automation technology project, which should finish next February.

Mr Gibson said it supported the sale of the port under a World Bank model, which would sell the company, while the council would retain ownership of the land.

"We believe the adoption of a World Bank model would find a better way forward and give us better access to capital."

A study is currently underway in to the future of the port with options being touted including shifting car imports to Northland, and shifting the port altogether.