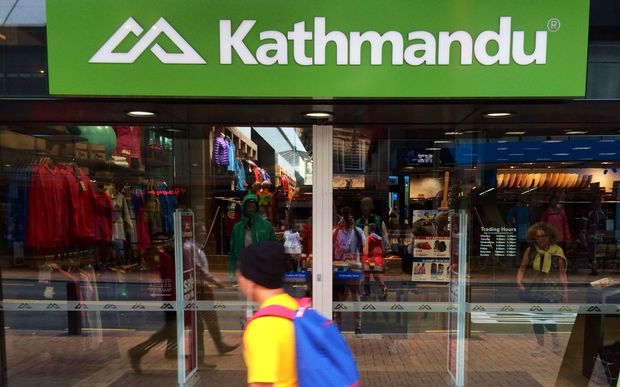 Kathmandu's full year net profit was up 13.7 percent to $57.6m in the 12 months to July. Photo: RNZ / Alexander Robertson

The outdoor clothing retailer's full year net profit was up 13.7 percent to $57.6 million, in the 12 months to July, compared with $50.7m the year earlier.

Revenue was up 9.7 percent to $545.6m, with sales growth in Australia and its Oboz footwear business offsetting a 3.1 percent drop in New Zealand's turnover.

It said the investment in Oboz had helped establish Kathmandu's wholesale business in North America, with that region contributing an underlying profit of $9.6m, compared with $2.4m the year earlier.

"We were particularly pleased to grow sales in the second half of FY19, even though we were cycling strong Australian sales growth in our key winter period last year," said chief executive Xavier Simonet

"At the same time as delivering sales growth, we maintained our focus on cost control, and benefited from wholesale operating cost efficiencies that saw us grow earnings faster than revenue."

The company said the first seven weeks of this financial year had delivered same store sales growth of 6.1 percent, with 4 percent growth in Australia and 11.7 percent growth in New Zealand, albeit at lower gross margins.

It said its balance sheet position had continued to improve, with the strong cash flows generated in the year just ended.