Westpac Bank has revealed a glaring gender pay gap in its workforce and its chief executive says it plans to tackle the issue.

A report by the consultancy Deloitte, commissioned by the bank, indicates the over-representation of women in low paid jobs has led to an overall 30 percent gap in hourly pay between men and women.

"I was startled by this figure," chief executive David McLean said. 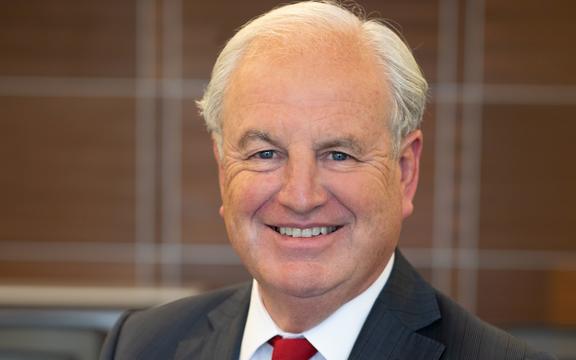 David McLean said there was equal pay within the bank but not equal distribution of jobs. Photo: Supplied

Women held 62 percent of all roles at Westpac New Zealand, and 51 percent of leadership roles, but only 36 percent of the highest paid roles.

Mr McLean said there was equal pay within the bank but not equal distribution of work.

"While we are paying men and women equally for the work they do, and across each layer of the organisation, women and men are unevenly spread across our company, with more men working in higher paid areas and women dominating lower paid parts of the bank.

"In large part it reflects a long term structural issue relating to the types of roles that were traditionally filled by men and women, which still persists within our organisation today."

Mr McLean said the bank was committed to addressing the imbalance and would aim to increase the number of women in the top three management tiers to 50 percent in six years, from the current level of 37 percent.

The bank had also increased paid parental leave to 100 percent of an employee's pay for 22 weeks.

Listen to more on The Detail podcast

He said the report would open up the bank to scrutiny, but hoped that it would also encourage other organisations to address the gender pay gap.