Silver Fern Farms has confirmed it will close its pelt processing plant near Ashburton, affecting 48 staff. 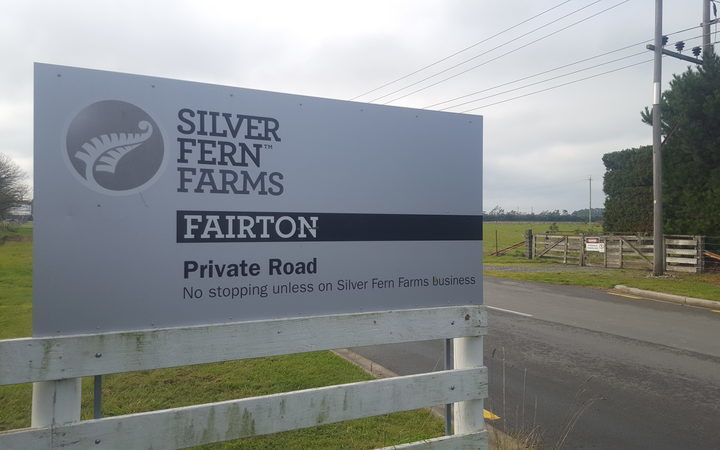 The 48 affected staff have been presented with redundancy, as well as work options at other Silver Fern Farms sites in the region. Photo: RNZ / Maja Burry

In August, the meat processor said it wanted to close its factory at Fairton, but was holding back from a final announcement until it had consulted its 44 staff at Fairton and four workers at an ancillary plant near Timaru.

The company's operations general manager, Mark Leslie, said it had now made the decision to go ahead with the closure, which was in response to continued low sheep meat numbers in the South Island and low returns from the global market.

These factors, coupled with the large overheads at the site, made pelt processing unsustainable at Fairton, he said.

"We now intend to consolidate our volumes at our Finegand pelt preparation facility, bringing efficiency gains through this early part of the pelting process.

"We will then use specialist pelt processors to finish the products. We believe there is mutual benefit in this process and we will be running a process to determine the best fit for our needs," Mr Leslie said.

The 48 affected staff had been presented with redundancy, as well as work options at other Silver Fern Farms sites in the region he said.

The Meat Workers Union's Canterbury secretary, Bill Watt, did not think many people would take-up the offer to work at a different plant.

"I don't think so, because it means leaving your home," Mr Watt said.

Mr Watt said some older employees at the plant, who were considering retiring in the next year or two, would be pleased with the redundancy offer. But he said the closure would have come as a shock to some younger staff, who would now be starting to look for work elsewhere.

"There's a number of jobs available in and around Ashburton but not probably in the type of industry they've been in, but there seems to be already people being able to source jobs," he said.

Mr Watt understood there was still some processing left to be done at the plant, before it shut down in the next two-four weeks.