Former BNZ chairman Kerry McDonald is calling for Sir John Key and other ANZ leaders to resign after the bank was censured for failing to properly calculate its risk. 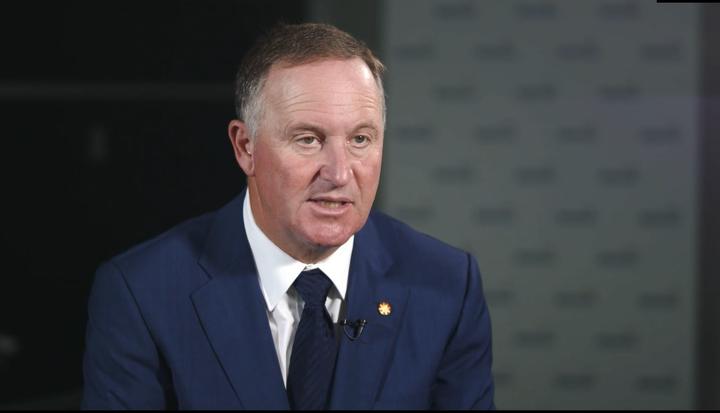 Sir John Key (file) was appointed to the ANZ New Zealand board in 2017 and became chairman in January 2018. Photo: RNZ

The Reserve Bank last month ordered ANZ to increase how much capital it holds as a safety net to absorb possible losses and said its model for calculating its risk has failed persistently over five years.

Mr McDonald, who was chairman of BNZ from 1996 to 2008, wrote to Reserve Bank governor Adrian Orr saying he was dismayed at how soft ANZ's punishment was for what he called "a major breach".

He said the top priority for any bank board was to understand the risks in the banking environment and that ANZ's clearly did not.

"Banking is inherently quite a risky business. So to have those failures and then to get a slap on the wrist with a with bus ticket really is not good for the New Zealand banking system."

The Reserve Bank said last month that ANZ's model for calculating its risk had persistently failed over five years.

It pointed the finger at the bank's directors.

"The Reserve Bank's role is to review and approve internal models. The onus is then on bank directors to ensure, and attest, that their bank is compliant with the Reserve Bank's regulatory requirements," said deputy Governor Geoff Bascand.

"ANZ's directors have attested to compliance despite the approved model not being used since 2014. The fact that this issue was not identified for so long highlights a persistent weakness with ANZ's assurance process."

The Reserve Bank ordered ANZ to increase the amount of capital it holds by 60 percent to $760 million. ANZ must now use the standardised approach to calculating capital instead, which results in an increase in how much it holds.

But Mr McDonald said this did not go far enough and those with oversight had to go, including chairman Sir John Key.

Sir John was appointed to ANZ New Zealand's board in 2017, shortly after resigning as Prime Minister.

"The chairman's the leader of the board and they're accountable for ensuring that the bank as a whole and the board in particular are doing what they need to be doing," Mr McDonald said.

"And again, there's no higher priority for a bank than to comply with the terms of its licence."

ANZ called the issue a mistake and expressed disappointment.

"Once the mistake was discovered, ANZ New Zealand promptly escalated the matter to its board and reported the issue to the Reserve Bank," a statement from the bank said.

"While isolated, and with no impact on customers or the operation of the bank, ANZ New Zealand is disappointed this error occurred."