Staff have been told his prognosis is good as long as he slows down and takes time off to recover.

The bank's managing director of retail and business banking, Antonia Watson, will act as chief executive while he's away.

The business sector gets little from the budget but should benefit from work generated by the big spending on infrastructure and consumer spending from family support programmes.

There will be $300m spent to support the development of medium sized start-up companies wanting to develop and commercialise products and services. Businesses will also benefit from close to $250m to be spent on skills training and apprenticeships.

The $10bn of capital spending - especially on hospitals, schools and other public facilities - will offer a pipeline of work to local contractors.

The big infrastructure winner looks to be KiwiRail which gets $1bn over four years to upgrade and extend its network, buy new rolling stock and Cook Strait ferries. 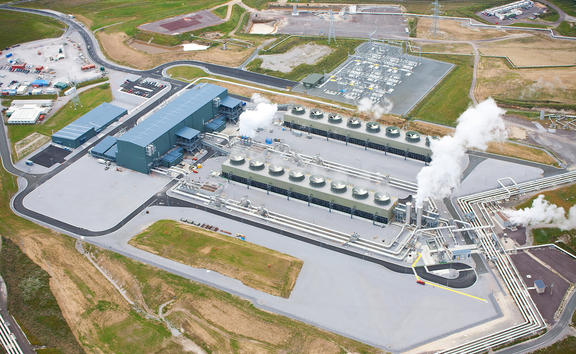 The country's largest power company will drill four wells in the Tauhara geothermal field near Taupō to decide if it should build a new power station there next year.

The drilling, which will start in August, is expected to cost Contact $30 million.

It's the first step in its plan to construct a 250-megawatt station on the site, which was consented to by a board of inquiry in 2010.

The fish oil company has made a larger than expected full year loss of $9.6 million.

The 58 percent dive in the bottom line is due to a $3m impairment on the value of its property, plant and equipment.

The actual loss compares with an earlier guidance of between $6.8m and $6.6m.

The company's chairman Bryan Mogridge says the result is far from satisfactory and it needs to do better.

Napier Port to be partially privatised

The Hawke's Bay Regional Council is going to go ahead with a partial privatisation of Napier Port, with a final decision on pricing to be made next month.

The council will sell 45 percent of the company to private investors and float the company on the stock exchange.

The proceeds will be used to develop the port and regional environmental programmes.

The regional council will maintain majority ownership and control of the port.

It will also set aside some shares for its ratepayers, but those details and the pricing will be released next month.

The labour hire and recruitment company's full year profit has more than halved to $2 million.

Its bottom line was dented by writing off business with liquidated construction companies and paying migrant workers while they couldn't work due to immigration issues.

However, AWF says its outlook is positive, with better quality construction customers on its books and reduced costs.