Latest - The takeover of TradeMe has been finalised and it will officially be delisted from the New Zealand stock exchange today.

British firm APAX partners has bought the online marketplace for $2.6 billion and says all the formalities of the takeover have been settled.

TradeMe listed on the NZX in 2011 when it was owned by Fairfax Media, raising $363 million in a share float.

The Overseas Investment Office has approved for an Australia and Vietnam-based business to buy Scales Corporation's two cold storage businesses.

The sale is expected to settle next week - Scales will update its earnings guidance after that. 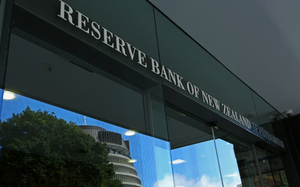 The Reserve Bank has cut its benchmark interest rate as it moved to give the economy a boost in the face of growing risks.

The official cash rate was cut to a record low 1.5 percent after being on hold for more than two years.

The New Zealand dollar fell half a cent against the US dollar as a result but has since recovered to be down around a quarter of a cent less than before the announcement.

here for more on this story.

The announcement of Chris Heaslip's departure came as the mobile payments provider revealed its annual results, showing it has made it into the black amid stronger revenue growth and growing margins.

The company, which provides mobile donation services to US churches, has reported a full-year net profit of $US18.8 million, reversing last year's loss of $US23.3 million.