The co-founder of mobile payments company Pushpay has resigned as its chief executive. 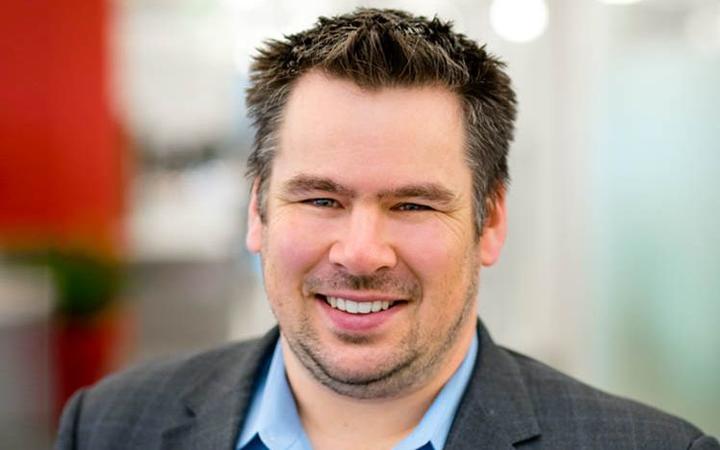 The announcement of Chris Heaslip's departure came as the company revealed its annual results, showing it has made it into the black amid stronger revenue growth and growing margins.

The company, which provides mobile donation services to US churches, has reported a full year net profit of $US18.8 million, reversing last year's loss of $US23.3 million.

Pushpay's total revenue rose 40 percent to US$70.2 million, while margins grew 5 percent, and Mr Heaslip said he was pleased with the results.

"We continue to focus on future-proofing the business, by refining the strategies that will allow the Company to realise its considerable potential over the long term, while maintaining prudent financial discipline."

Chris Heaslip and Eliot Crowther started Pushpay in 2011 and it now employs 358 staff and provides donation services to more than 7000 churches.

Mr Heaslip will step down from the role of chief executive at the end of May, and current board chairman Bruce Gordon will take over in June. Mr Heaslip will stay on as a director of the company.

"I'm so proud of the Pushpay team, the positive impact we have had on the community of churches that we partner with, the social good we help enable in communities all over North America and the shareholder value we have created for those that believed in us," Mr Heaslip said.

Meanwhile, the company indicated it was looking at possible acquisitions, which could add value to the business, and would look to target more than half of the medium and large churches which could be worth more than $US1 billion.

It provided a revenue guidance range for the next financial year of between $US122.5m and $US125.5m.