Latest - All 11 banks involved in the regulatory review of conduct and culture, have responded to the Financial Markets Authority and the Reserve Bank's concerns. 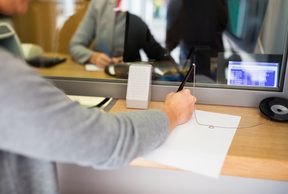 A report into the country's 11 largest lenders found the focus on driving sales increased the risk of poor conduct. Photo: 123rf.com

The regulators say they've received letters from the banks on deadline, and will spend the next few weeks reviewing them.

They wouldn't give any detail on the content of the responses, but the bankers' association says all of the banks have committed to removing or addressing sales incentives for front-line staff.

Regulators have given banks a year from September, to rid of sales incentives, or prove why they're needed.

The wage is reviewed every year to be in line with the movement in average income in the previous June quarter.

The higher wage will come into effect from September.

Apple pulls the pin on wireless charging, for now

Tech giant Apple has canned its plan to bring wireless charging to market - and it could be the fault of a New Zealand company.

Apple said the technology involved with its AirPower project didn't achieve its high standards, forcing it to cancel it.

It refused to say if Power by Proxi's technology was involved in AirPower, but it said it's going to continue to work on making a wireless charging product.

Cruise ship numbers up in Auckland

The number of ships visiting Auckland will be up 20 percent on last year by the end of April - breaking another record for the tourism industry.

39 cruise ships have docked in Auckland 110 times in the past year, bringing more than 200,000 visitors to the city.

However, the Cruise Lines International Association said growth won't continue if Auckland doesn't change its rules to allow ships to dock for longer at its downtown wharf.