Business confidence has fallen close to a 10-year low, pointing to weaker economic growth, according to a widely followed survey. 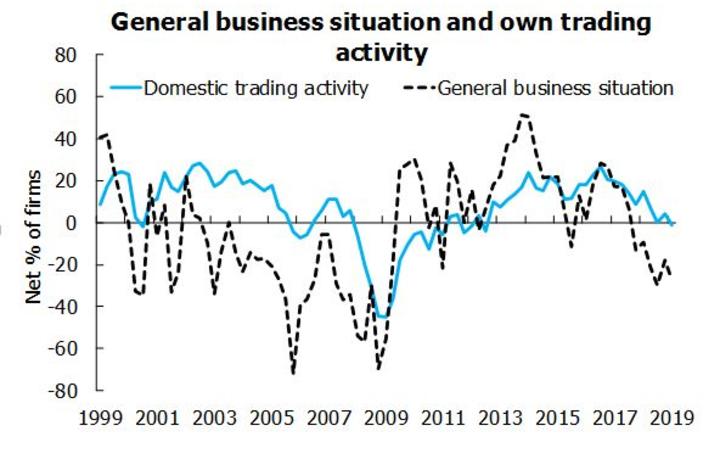 The Institute of Economic Research's (NZIER) quarterly survey of business opinion for March showed a net 27 percent of businesses believe the economy will deteriorate over coming months, compared with a net 18 percent of pessimism in the December quarter.

The deterioration reverses an improvement in sentiment, which occurred at the end of last year, takes headline confidence back to the low point of September 2018 levels, and close to its weakest in a decade.

The more authoritative measure of businesses' own activity fell to a net 1 percent, reporting weaker demand from a net 4 percent, with increased demand in the previous survey.

NZIER's principal economist Christina Leung said the survey was pointing to a weaker economic start to the year.

"Businesses across most sectors reported a weakening in domestic demand. In particular, manufacturers remained the most pessimistic, as domestic sales dropped sharply," she said.

"Cost pressures remain intense in the sector, and with pricing still subdued, this is contributing to continued weak profitability. However, more firms are looking to recoup margin by raising prices next quarter."

Ms Leung said the weakness in profits would make firms more cautious about investing, which had fallen to a seven-year low. Hiring intentions were also softer although still positive, and firms continued to complain about staff shortages.

By contrast, export demand was stronger despite global uncertainty.