2 Degrees' internet customers will be able to access the service to watch Amazon's original content, including an All Blacks documentary.

The partnership follows other video platforms - like Netflix partnering with Spark, as well as Vodafone, and Spark and Sky Television launching their own video platforms.

Imperial Tobacco is supporting another tobacco giant's call for a tax break on electronic tobacco sticks.

The owner of the Marlboro cigarette brand, Philip Morris, said it wants a lower tax break on its less harmful tobacco products, as part of its plan to stop selling cigarettes in New Zealand.

It told RNZ Business its smokefree sticks that heat tobacco rather than burn it, are less harmful, therefore shouldn't be taxed as much.

Imperial Tobacco backs the idea, saying it'll continue to work with the government to regulate smokefree products this year.

However, it'll keep selling cigarettes to those who want them.

The sale of RCR Energy - a Dannevirke company making boilers - appears to have fallen through, causing 30 staff to be made redundant.

The news comes just a week after they were told the company their jobs were secure.

The company was part of the failed Australian RCR group and, along with two other New Zealand businesses, had been put up for sale.

Almost half the plant's workers got the axe at Christmas in a desperate attempt to keep RCR Energy afloat during its parent company's administration. 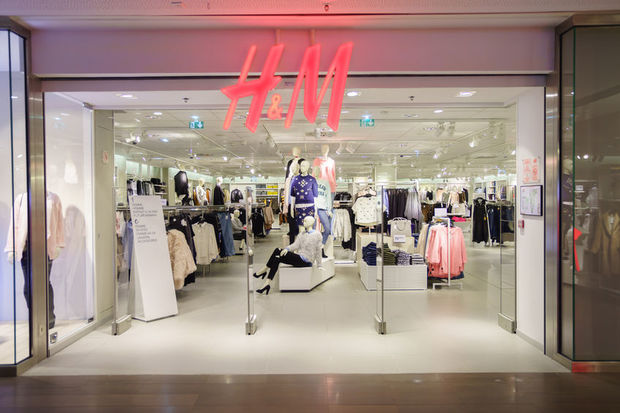 H&M will be opening in Hamilton's Chartwell Shopping centre at an undisclosed date. Photo: 123RF

Transmission operator, Transpower, has raised $150 million through an offer of five year bonds.

The bonds, which will be issued next week, have an annual interest rate of 2.73.

The wind farm project is about 370 kilometres north-west of Sydney.

It has consent for up to 267 turbines, which could add up to 1000 megawatts of new renewable energy generation for New South Wales, when fully developed.

The swedish clothing chain is opening a store in Hamilton's Chartwell Shopping centre.

The date for the opening is yet to be announced but the centre said it'll be some time this winter.

H&M opened its first store in Auckland two and a half years ago, drawing queues and workers rights protestors.