Auckland-based property developer Precinct has had a strong lift in its half year profit despite a delay in a key project being done by Fletcher Building. 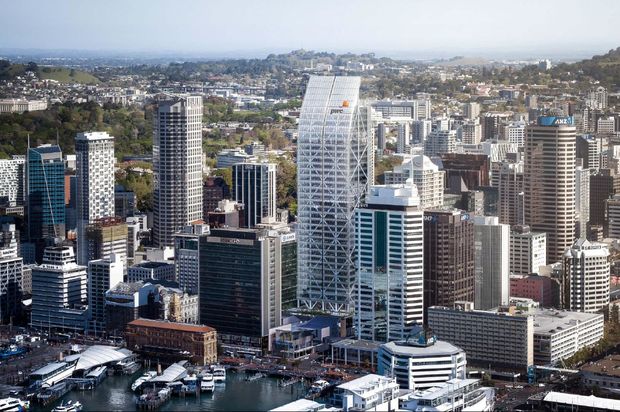 An artist's impression of the PwC Tower at Commercial Bay - a project of developers Precinct Properties. Photo: Supplied

The latest result was helped by a modest tax credit. Underlying earnings were marginally lower at $37.7m.

However, the company said its downtown Auckland mixed retail and office development worth $648m, Commercial Bay, will probably be delayed - and it's withheld $15.4m from Fletcher Building.

"Included within the Commercial Bay construction contract is the right to liquidated damages if certain milestones are not met," the company said.

Shops at the hub were due to open in September but have been delayed a month, and offices are expected to open in December.

The retail store H&M was already open and 84 percent of the development has been sold already to waiting tenants.

It has also bought the remaining 50 percent in the flexible working space in Auckland - Generator.

Precinct has a range of central city developments in Auckland and Wellington, including the Wynyard Quarter near Auckland's waterfront, and a complex of buildings used by government departments in Wellington.

"We are achieving continued growth for our shareholders and enhancing our business by transforming the portfolio into a higher quality set of assets," chief executive Scott Pritchard said.

The company is also raising up to $150m through a share sale to pay down bank debt and fund future developments, including $298m worth of redevelopments in downtown Auckland.