The founder and main shareholder of software developer Orion Health is leading a move to take the company private. 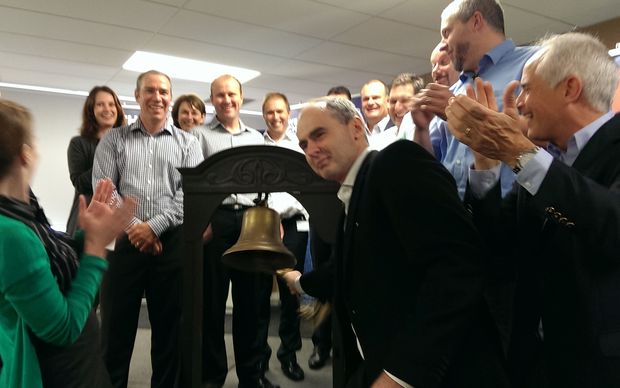 Grafton Health Holdings, owned by Ian McCrae, has made an offer to buy out the company. Photo: RNZ / Nona Pelletier

Grafton Health Holdings, owned by Ian McCrae, has made an offer to buy out the company, and has already locked up most of Orion's shareholders, totalling 93 percent of the company.

Grafton said the main shareholders had decided after the recent share buyback, which saw several big overseas shareholders sell out of Orion that the best option for the company is to take it into private ownership.

Shareholders are being offered the same price as the buy back of $1.224 per share, an 18 percent premium on Orion's closing price on Tuesday.

Orion Health recently sold off a majority stake in its profitable business, Rhapsody, and a minority stake in another division to UK based private equity firm Hg for $205 million.

Orion has appointed an independent committee to handle the merger and get a report on the merits of the takeover bid. Shareholders are being advised to take no action at this stage.

The exercise is a formality because the Takeovers Code allows Grafton to force minor shareholders to sell, because it already owns more than 90 percent.

The takeover would end the short but ultimately unsuccessful public life of Orion, which was issued in a share float in 2014 at $5.70 a share.

The company struggled to get paying contracts completed on time to keep up its cash flow to fund software development.