Two international credit ratings agencies have a positive view of the country's outlook. 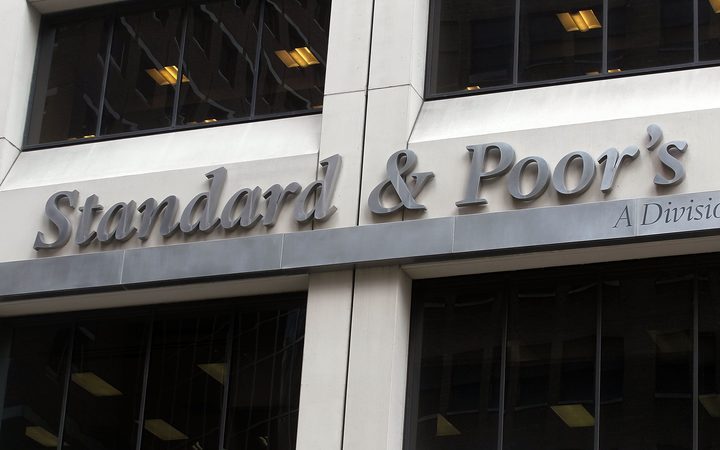 Standard & Poor's has kept the rating at AA+, but upgraded the credit outlook to "positive" after downgrading it to stable in 2011.

It says expected budget surpluses in coming years will allow the country to reduce its debt and provide resilience to future risks, supported by flexible fiscal and monetary policies and economic wealth.

"These strengths provide the country with flexibility to offset potential risks related to its large external imbalances, high household and agriculture sector debt, dependence on commodity income, and financial system stability," the ratings agency said in a statement.

However, S&P has also issued a warning saying the outlook could be dropped back to stable again within the next two years if the surplus does not eventuate.

The government posted a budget surplus of $5.5 billion last year, partly because of deferred spending, while it has forecast a surplus of $1.7bn for the current financial year.

It has committed to posting budget surpluses and getting net debt to 20 percent of gross domestic product by 2021.

"The country's high net external debt and elevated household debt are the key weaknesses for the credit profile," Fitch said.

It also noted that economic reliance on a few key sectors such as agriculture and tourism - and on China as their key export market - makes the country vulnerable to any downturn.

The other main ratings agency, Moodys, has given New Zealand its highest AAA rating, which it reaffirmed last September.

The strength of ratings from the three main agencies influences how much the country pays to borrow overseas.