An international trade organisation under threat from the US moves to stem 'bias'. 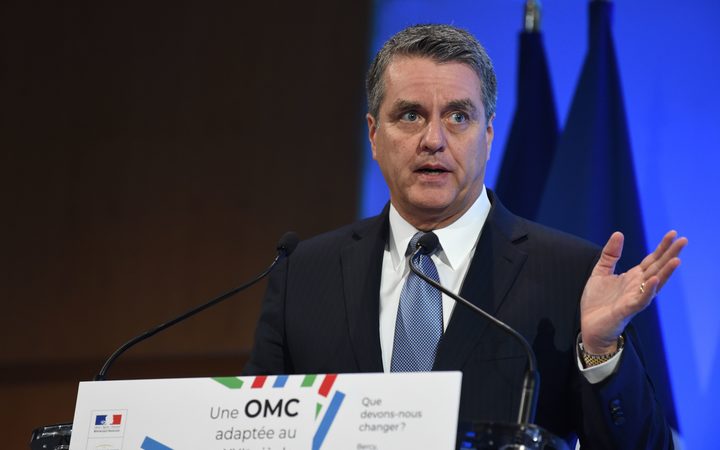 Dairy organisations across the world have launched an unprecedented campaign to try and save the World Trade Organisation (WTO).

One of the groups is the Dairy Companies Association of New Zealand.

Three US groups have also signed up: the International Dairy Foods Association, the National Milk Producers Federation and the US Dairy Export Council. Signatories also come from Australia, Argentina and Uruguay.

Together, they dominate international trade in dairy goods.

Their protests follow moves by the Trump administration to block the appointment of new judges to the WTO's appeals process.

US President Donald Trump has claimed the WTO is biased against the United States.

Trade Minister David Parker earlier warned that the block on judicial appointments could bring a vital part of the WTO's work to a halt, because not enough judges would be available to provide a quorum to hear international disputes.

The group of signatories want this problem taken up at the next meeting of the G20 leaders in Buenos Aires.

Dairy Companies Association chairperson Malcolm Bailey said groups that signed this letter would normally compete against each other, but shared a common view that a rules-based trading system worked best.

"We strongly agree with the G20 Trade Ministers' statement of September 2018, that international trade is an important engine of growth, productivity, innovation, job creation and development," the joint statement from the dairy organisations said.

"Our organisations collectively call on G20 leaders to reject trade distorting actions, such as imposing unscientific, overly burdensome or trade-distorting non-tariff regulations, or unilaterally raising tariffs in ways that are not WTO-compliant, or providing WTO-prohibited export subsidies."

Besides calling for reform of the dispute settlement system, the signatories of the statement sought improved transparency and timeliness of subsidy notifications, clarified procedures for administering tariff quotas, and additional measures to address trade-distorting practices.

"The multilateral trading system is too important to our sectors, and to achieving a sustainable food future, to be left to one side," their statement said.

"We call upon G20 leaders to put their collective leadership behind evolving and strengthening the WTO multilateral trading structure and architecture, including its dispute settlement system."