President Donald Trump has threatened to withdraw the US from the World Trade Organization (WTO) if the body fails to change the way it treats America. 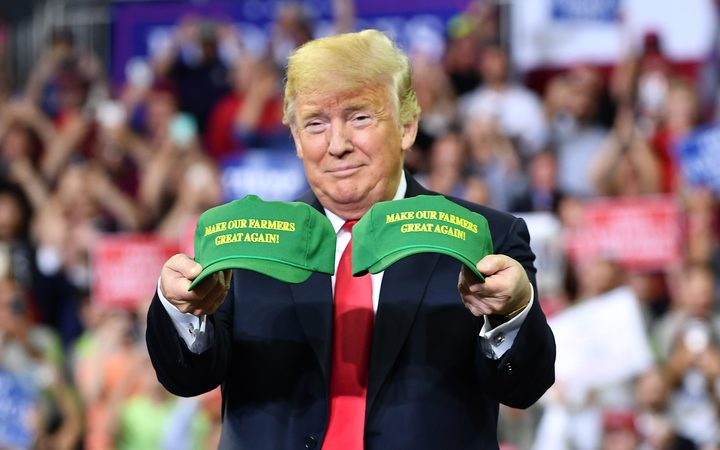 "If they don't shape up, I would withdraw from the WTO," Mr Trump said in an interview with Bloomberg News.

The WTO was established to provide rules for global trade and resolve disputes between countries.

But Mr Trump, who has been pushing protectionist policies, says the US is treated unfairly by the body.

His warning about a possible US pull-out from the organisation highlights the conflict between the president's trade policies and the open trade system that the WTO oversees.

Meanwhile, Washington has recently been blocking the election of new judges to the WTO's dispute settlement system, which could potentially paralyse its ability to issue judgments.

US Trade Representative Robert Lighthizer has also accused the WTO of interfering with US sovereignty.

Mr Trump has been sounding off about unfair trade since even before he became president.

Last year, Mr Trump told Fox News: "The WTO was set up to benefit everybody but us… We lose the lawsuits, almost all of the lawsuits in the WTO."

The US has been embroiled in a tit-for-tat trade battle on several fronts in recent months.

The one creating the most interest is the one with China, as the world's two largest economies wrangle for global influence.

Mr Trump has introduced tariffs on a number of goods imported into the US.

A third round of tariffs on $US200 billion ($NZ301b) of Chinese goods could come as soon as a public-comment period concludes next week, according to a Bloomberg report citing various sources.

Asked to confirm this during the Bloomberg interview, Mr Trump said that it was "not totally wrong".

China has responded to US tariffs by imposing retaliatory taxes on the same value of US products and has filed complaints against the tariffs at the WTO.

China's commerce ministry has said it "clearly suspects" the US of violating WTO rules.

An initial complaint at the WTO was filed by China in July after Mr Trump imposed his first round of tariffs.

The WTO, which was set up in 1994, is at the heart of the system of rules for international trade.