The world sharemarkets are whipping around - losses one day, gains the next. Today, Wall Street and the NZX Top 50 are up, but Asia is down. RNZ takes a look at what's going on. 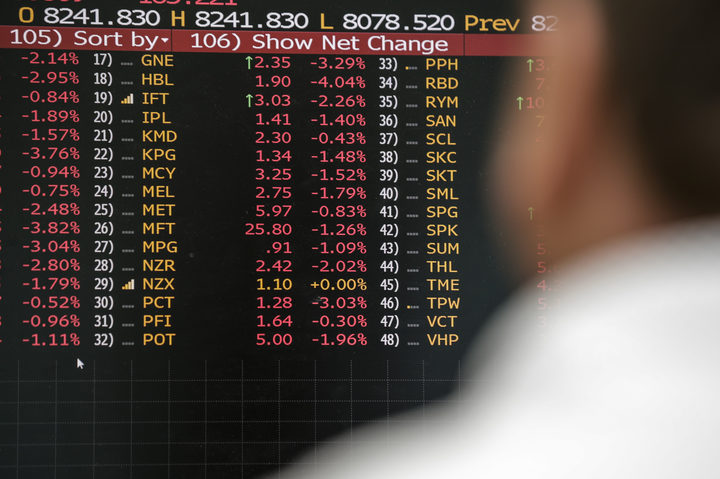 How is NZ's sharemarket affected?

New Zealand's sharemarket is uniquely positioned. The NZX opens at 10am NZT just after Wall Street closes (9am NZT) and before Australia and Asian markets open.

The adage goes if Wall Street sneezes we catch a cold. It's not always true, and our small size means the NZX can be overlooked, but when the world melts there's really nowhere to hide.

A few companies on the NZX interest overseas investors, such as Spark or the power companies, mainly because they offer reasonable dividend payouts. In times of global volatility they may sell out of Kiwi companies, causing our market to slide. 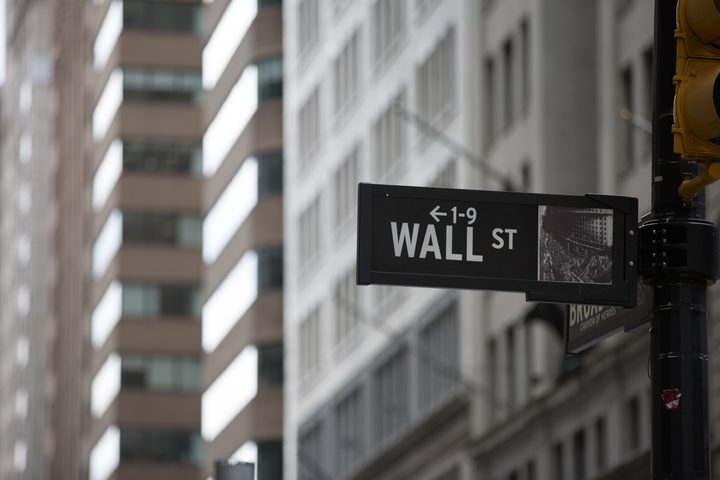 Why are Wall Street investors volatile when the US economy is booming?

The US economy is going well but companies are starting to talk about the difficulties ahead. At the moment, the US is in the thick of earnings season, which is when companies report their financial results and talk about the future.

So far, the start of the season has been what some reports call "tepid". Some of the biggest companies like Caterpillar, Ford and 3M have been warning that they will be knocked by the trade war with China. Other companies are voicing fears their profit margins could be squeezed and that they might have to pass on rising costs to customers.

Overall, 179 out of the 500 stocks that make up the S&P 500 have fallen 20 percent or more from recent highs, putting them in bear territory. An additional 174 stocks have fallen between 10 percent and 20 percent, leaving them in what is known as a correction.

Why does Wall Street keep reacting to interest rates?

The US Federal Reserve has raised its benchmark rate three times so far this year and is expected to raise it one more time in December. The US economy under Donald Trump has continued to grow and the Republican-led tax cuts have helped by continuing to stimulate the economy.

The Federal Reserve, known as the Fed, wants to keep in control of the booming economy. It wants to keep inflation in check. Higher rates often slow an economy by making borrowing for mortgages, credit cards and other loans more expensive. 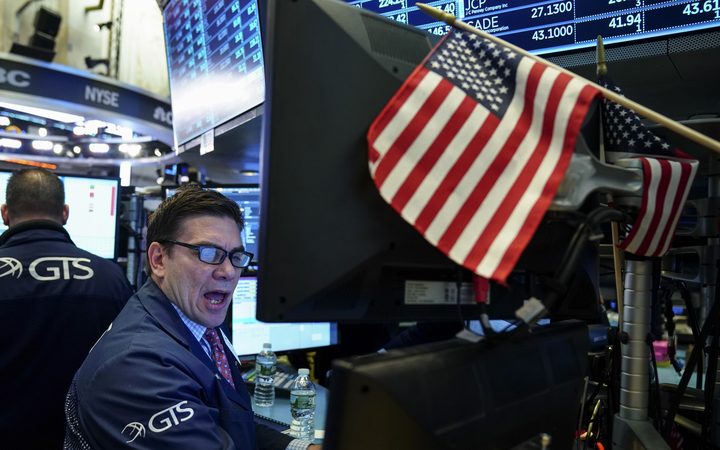 Traders and financial professionals work on the floor of the New York Stock Exchange ahead of the opening bell in New York City. Photo: AFP

But rising interest rates have a direct affect on consumers. They borrow less. So that hits bank stocks, for one. New home sales in September dropped 5.5 percent to a two-year low, and car dealers report sales are down. Stocks for car or home related companies can take a hit.

But there's also the effect on companies which have big debts. Higher interest rates mean they have to pay more to service their debt and that eats away at some profits. 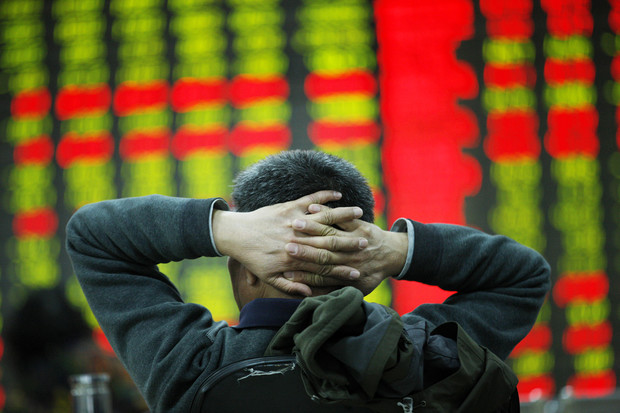 The US and China are locked in a trade dispute. Anything else?

There are concerns about China, the world's second biggest economy, but also a key regional economic power in Asia and increasingly elsewhere. Just a week ago China announced that its economy grew 6.5 percent year on year in the third quarter 2018. Growth of 6.5 percent sounds solid, excellent event.

Except that it missed the mark in two ways. First, it missed the 6.6 percent growth, which analysts and even the Chinese themselves seemed to expect. But, seconly, the figure was lower than the 6.7 percent than the growth for the second quarter. In other words, the economy is slowing.

China's growth rate is now at the weakest pace since 2009.

But there were other concerns, among them industrial production is down.

So why is this important? Well, many economies are tied to Chinese growth, especially ones in Asia, so companies are watching this area with anxiety. It makes investors worry about the outlook for worldwide growth.

The US dollar is strong compared to China's yuan and other foreign currencies. But this is a problem for emerging markets and some companies where debt is often held in US dollars. It now becoems more expensive to repay. So, again, profits get eaten away at.

But why does this all make markets volatile?

Markets are made up of people looking for ways to make the most money. And when things get jittery, the money begins to shift around.

Last year, Wall Street seemed to be an oasis of calm. This year it has been all over the place as the US economy - and indeed the world - enters new waters across a range of areas from Trump isolationism to questions over the WTO, China trade wars, new trade agreements and many other areas.

Some investors look for safety. They start to put money into areas considered safe. So it would surprise no-one to discover that the price of gold is at a three month high ($US 1231 an ounce).

Some investors look for bargains. So when a stockmarket falls, there are those investors who move in to pick up bargains, thereby restoring some movement.

Others look for alternatives to put their money into, and there's plenty, like bonds or currencies.

What about Asian stock markets?

There is an additional wrinkle in Chinese markets which makes them worth watching.

China is struggling to restore confidence in its stock markets, which are being weighed down by a massive amount of shares that have been pledged as collateral as credit-starved companies seek to raise funds.

Analysts say the practice, which involves 10 percent of total outstanding shares, is a minefield for an economy already battling slowing growth and a trade war with the United States.

Tight credit markets in China means that many companies, especially small and medium-sized enterprises, have scarce recourse to banks or other sources of financing, and policymakers have yet to promise any actual money.

Many of those companies have turned to pledging shares to finance companies as a way of raising cash.

About $US620 billion worth of Chinese shares currently trading on Chinese markets have been pledged, mostly by small and medium-sized companies. But now, the nearly 20 percent slump in the broader market this year has triggered margin calls, forced liquidations, ownership changes, business disruptions and bond defaults for hundreds of listed firms.