The New Zealand stock market has had one of its worst sessions in nearly two years, following Asian and US markets down. 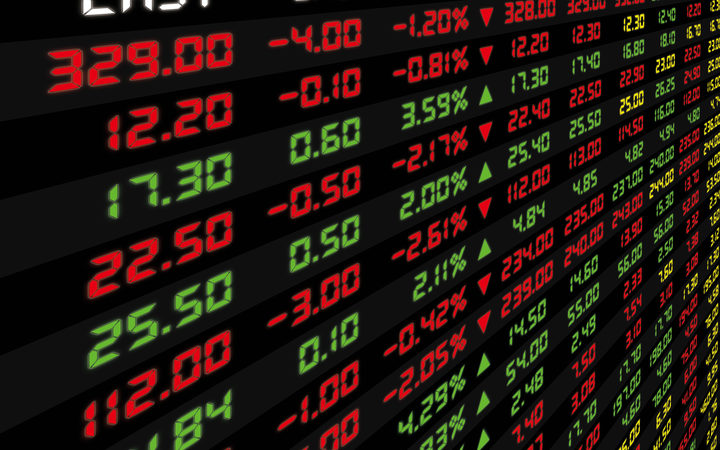 The drop follows overnight falls that saw the main Wall Street indices fall 2 percent or more as investors sought safety and dumped technology and luxury goods companies. Instead they sought to buy bonds. As US interest rates rise, it makes bonds more attractive and shares less so.

New Zealand followed Asian share markets which sank in a sea of red.

MSCI's broadest index of Asia-Pacific shares outside Japan plummeted 3.9 percent to its lowest since March 2017.

Japan's Nikkei fell 4.4 percent, the steepest daily drop since March, while the broader TOPIX lost around $US230billion in market value.

Shanghai shares dropped 4.3 percent, on track for their worst day since February 2016, to their lowest level since late 2014, while China blue chips slid four percent.

Shares in Taiwan were among the region's worst-hit, with the broader index losing 6.2 percent.

"We can't see where the bottom point will be," said Chien Bor-yi, an analyst at Taipei-based Cathay Futures Consultant.

On Wall Street, the S&P500's sharpest one-day fall since February wiped out around $850billion of wealth as technology shares tumbled on fears of slowing demand.

"Actually it's a correction that we've been waiting for for a long time, but I really disagree with what the Fed is doing," Trump told reporters before a political rally in Pennsylvania.

Investors are worried about how aggressively the Fed will raise interest rates, and some are skeptical about whether the central bank will support markets the way it was seen to have done under previous Fed chairs.

A stock market downturn hitting voters' retirement savings would be inopportune for Trump and the Republican party ahead of US midterm elections on 6 November.

The S&P 500 index fell ten percent in early February from a high the previous month, raising fears that a decade-old bull market was ending.

However, fuelled by the deep corporate tax cuts passed by the Trump administration last year and an expanding economy, Wall Street deftly recovered. It racked up a 2018 gain of nearly 10 percent in late September, until soaring 10-year US Treasury bond yields and trade policy-related worries sent investors fleeing for safety.

"When interest rates go up it can throw a cold towel on an overheating economy, and that's what it looks like is happening now," said Sandy Villere, a portfolio manager at Villere & Co in New Orleans.

US stocks are widely considered to be in the longest ever bull market, which started in March 2009, when investors grappled with the global financial crisis that had vapourised over half of the US stock market's value.

Since then, the S&P 500 index has more than quadrupled, and many investors have been debating when, not if, the run-up in stock prices would end.

"The market has been on a 10-year bull run and we have seldom seen a 10 percent correction during that time. Every time we get around that number, markets come rallying back. What's different now is that the 10-year bond yield is much higher. I think we're getting an overdue correction in the market," said Trip Miller, managing partner at Gullane Capital Partners in Memphis.