A toy company founder who's been in jail, chased by organised crime, and slept under a shop table has been named entrepreneur of the year. 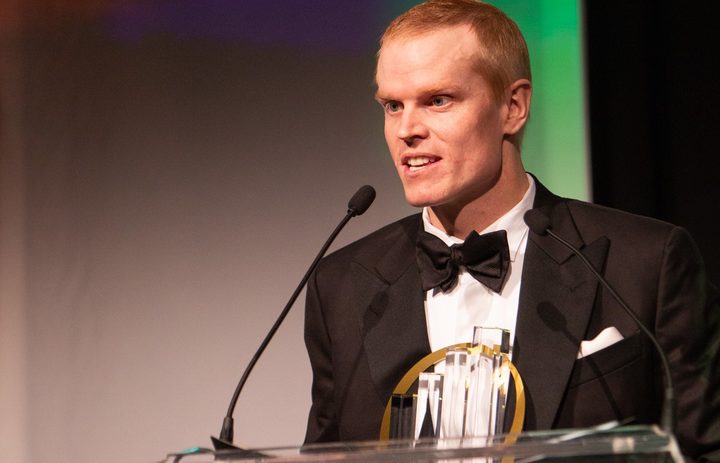 Nick Mowbray, co-founder of an Asia-based toy business, Zuru, won the EY-Entrepreneur of the Year award from four others.

He founded the toy company, with his sister Anna and brother Matt, in 2004, and established it in Hong Kong and China. Since then it's expanded to have more than 5,000 staff in 17 countries.

Mr Mowbray told the award function that the early days of the company were all about sacrifice, surviving on vegetables and rice in a small Chinese town, moving to Hong Kong where he unrolled his mattress and slept under the table in a showroom.

He said getting the company started and expanding had been a tough journey.

"There were daily, weekly, monthly problems. Whether it was multiple law suits ... Chinese factories going bankrupt, factories stealing our production tooling, we didn't know how to make toys that sold."

Mr Mowbray said the first product was a video football game using David Beckham, which they struggled to get made and accepted by retailers, and then sat on the shelves because no-one bought it.

Since then, the company has gone on to make big sellers including Robo Fish, X-Shot and Bunch O Balloons.

"I think that's what being an entrepreneur is all about, it's about sacrifice ... it's about perseverance, it's about grit and it's about getting knocked down seven times and getting up eight."

Mr Mowbray will represent New Zealand in the global competition in Monaco next year.

The convener of judges, Bill Day, said Mr Mowbray had not been born with a 'silver spoon in his mouth'.

"But he has such a great breadth of vision and fabulous execution."