Uber has lost $US891 million ($NZ1.35 billion) in its second quarter - a massive improvement on its $US1.1 billion loss a year earlier. 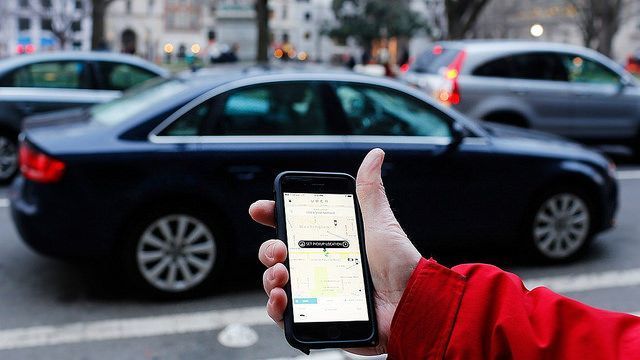 The company's most recent valuation was pegged earlier this year at $US72 billion. But that was based on Uber becoming the global winner in ride-hailing and logistics, a vision it has retrenched from, and public investors may see a smaller company worth less.

Just as telling, it is still a long way from proving it can be profitable as it gears up to go public in 2019.

Under the leadership of Dara Khosrowshahi, who became chief executive in September, Uber has juggled investing in new markets while retreating from others where it was losing millions of dollars. It is building up services like food delivery and freight hauling as it seeks new revenue, and possibly a path to profitability, outside its core business.

Net revenue rose more quickly than gross bookings in the second quarter from the prior period as the company dialed back on promotional subsidies of rides.

But its growth faces risks from decisions like that of New York City this month to cap licences for ride-hailing services for one year. Uber has also had to grapple with corporate scandals and has lingering and costly legal battles, including over its classification of drivers as independent contractors, and federal probes to resolve.

Put another way we are going to do everything we can to ensure that service levels do not suffer - and will continue to work with city and state officials to put in place measures that make sense and actually get at the root of the problem (i.e. congestion pricing) https://t.co/GnQCTJJh0T

"I remain unimpressed," said Brent Goldfarb, associate professor of management and entrepreneurship at the University of Maryland. Improving losses by cutting "the lowest hanging fruit doesn't mean the underlying model is profitable."

Uber can expect a valuation haircut in an IPO if it does not show more progress toward becoming profitable, said David Brophy, professor of finance at the University of Michigan.

Adjusted losses in the first quarter were $US312 million, excluding gains from Uber selling some overseas businesses to local competitors. The sale of its Russia and Southeast Asia operations resulted in a one-time $US2.5 billion gain in the first quarter and lowered second-quarter costs.

Under pressure from its board, Uber has endeavored to find more savings after years of a growth-at-all-cost mentality under prior CEO Travis Kalanick, enabled by billions of dollars in private investment.

The company had $US12 billion in quarterly gross bookings, which includes rides and Uber Eats, up 6 percent from the previous quarter and about 40 percent from a year before.

Net revenue, which strips out what gets paid to drivers as well as promotions and refunds, was $US2.8 billion, up 8 percent over the first quarter and more than 60 percent from last year.

Thank you to all of the amazing riders and drivers ⁦@Uber⁩ for coming along on this journey with us. This just the beginning... so see you out on the road! https://t.co/bev61P9Ram

"We had another great quarter, continuing to grow at an impressive rate for a business of our scale," Khosrowshahi said in a statement.