The US Treasury Secretary has claimed the quickening pace of growth in the US economy will persist for the next few years. 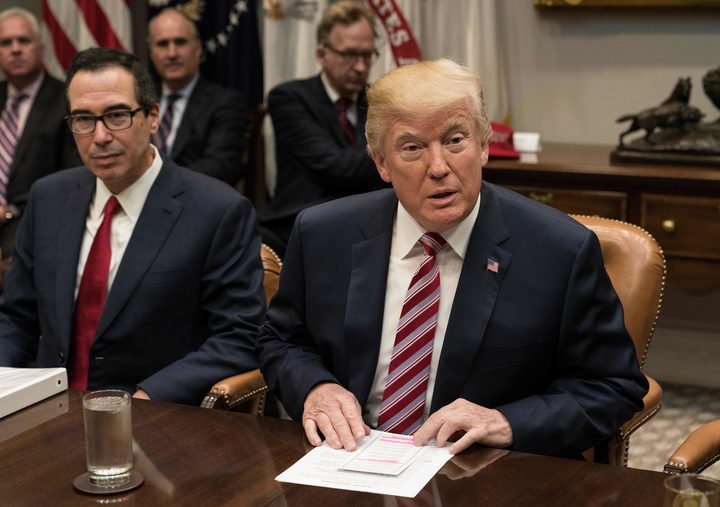 Speaking to "Fox News Sunday", Steven Mnuchin said: "I don't think this is a one or two-year phenomenon.

"I think we definitely are in a period of four or five years of sustained 3 percent growth at least."

The US economy grew at its fastest pace in nearly four years in the second quarter - at a 4.1 percent rate - as consumers boosted spending and farmers rushed shipments of soybeans to China to beat retaliatory trade tariffs before they took effect in early July.

Economists have cautioned against putting much weight on the surge, with the soybean boost seen likely to reverse in the coming quarters and the fiscal stimulus seen fading in 2019.

4.1% GDP in the second quarter! Thanks to @realDonaldTrump’s economic plan we are well on our way to sustained 3% GDP.

According to an International Monetary Fund report this month, the United States is projected to post economic growth of 2.9 percent this year, up from 2.3 percent in 2017, while European advanced economies, and Japan and China, have slower growth than a year ago. The US economy grew 4.1 percent in the second quarter, data on Friday showed, its fastest pace in nearly four years.

The Trump administration has set a goal of 3 percent growth annually over the next several years, and while economists believe growth is likely to moderate from the second-quarter's surge, Mr Mnuchin said the economy was on track to reach the president's target.

On Wall Street, the US economy's standout momentum relative to other regions has underpinned the stockmarket's advantage this year, investors said.

"The outperformance of US stocks reflects not just earnings, but expectations about US economic growth versus other regions," said Kristina Hooper, chief global market strategist at Invesco.

"Conventional investor wisdom is that the US is going to continue to outperform other economies this year and hence investors should move more of their exposure to the US," Ms Hooper said.

A clearer read of the US economy comes next week with data such as the government's monthly employment report on Friday and quarterly results from more than 140 S&P 500 companies, including Apple Inc.