The construction industry is warning there is no end in sight to the high costs that are holding up some building projects. 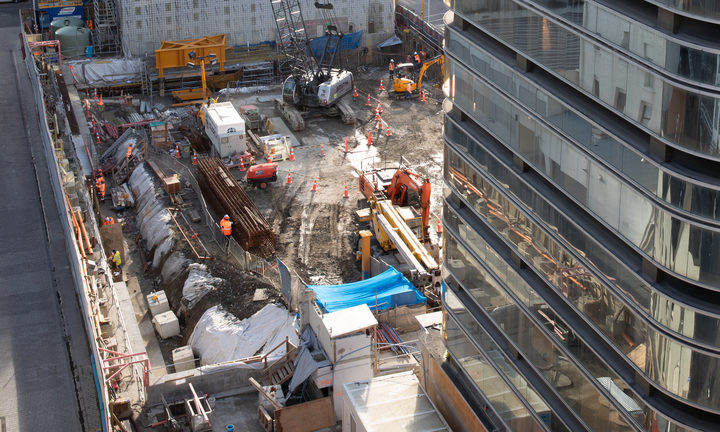 Last week Sudima Hotels and Resorts said construction costs in New Zealand were ridiculous and its new inner-city Auckland hotel would cost up to 40 percent more to build than it would in Australia.

Property company Greenstone Group's managing director Phil Eaton said costs were "measurably higher than overseas" and had been rising from 5 percent to 9 percent each year.

"They've been escalating progressively over the past three or four years and there's no sign of abatement in that escalation at this point in time."

Rising costs were holding up some construction jobs, he said.

"Revenue's not going up any more, as it has in the past few years, and construction costs have caught up and that's creating some problems for the feasibility of project, and that's stalling some projects.

Institute of Quantity Surveyors president Barry Culvert said the price of labour had gone up significantly in the last 12 months due to shortages in some professions.

"Until a couple of years ago [trades] had seen an increase in their hourly rate for some time. I think people are taking advantage of the market at the moment and increasing their rate to catch up from where they were, say, five years ago."

Mr Calvert said timber prices in particular had gone up, though he was not not sure why.

Developers were having to carefully assess how much risk they were taking on.

"Clients who are developing, particularly large developments, are a lot more cautious now and going through a lot more due diligence before they start a project."

AUT professor of construction John Tookey said materials were always going to be more expensive in New Zealand as it had the population of Sydney spread across a country the size of the UK.

"We have a very highly-spread population which means our critical mass is low, our logistical tail is long and our ability to be able to deliver economies of scale is miniscule."

Prof Tookey said New Zealand had different building requirements to Australia so costs could not be compared directly.

He said projects like KiwiBuild would help drive down costs only if there were big contracts with high volumes for big players.

"Irrespective of that, we're still going to be constrained by a lack of investment into technology and an inability of the labour market to be able to flex and scale up rapidly."