The collapse of modular housing manufacturer Matrix Homes is being held up as a warning to the rest of the industry. 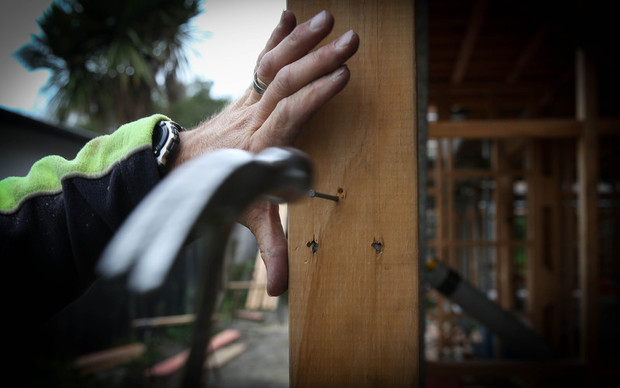 Up to 30 workers have lost their jobs with the failure of the company. Photo: RNZ / Alexander Robertson

BDO Wellington partners Iain Shephard and Jessica Kellow were appointed receivers to the Trentham-based Matrix company last week when its owners could no longer support its debts worth millions of dollars.

Up to 30 Matrix workers have lost their jobs.

The company was launched in 2015 amid fanfare with then-Finance Minister Bill English doing the honours.

The components were then taken to building sites and assembled.

Ms Kellow said the business had work in the pipeline but simply ran out of cash.

"It was essentially a start-up ... and it has burnt through a lot of cash to get to the point where it got some forward orders, but it doesn't have the cash flow to keep it going till those orders come to fruition."

Pre-fab houses is one option being looked at for the government's KiwiBuild policy, which aims to build 100,000 houses over the next decade.

Matrix was offering one-bedroom homes for under $100,000 and four bedroom houses for about $200,000 with piling and transport costs on top of that.

Its houses had been used in a development in Mangere in Auckland, as well as around Wellington.

"It's volume driven, there's a significant outlay and so you need the volumes coming through ... the modular home concept is new to New Zealand and it's taken time for councils to come on board with compliance issues ... Matrix was a little ahead of the game."

She said there was a lot of interest in buying some or all of the collapsed company.

"We've had 20 or 25 expressions of interest. They're from traditional builders to those who are in the modular house industry."

Ms Kellow said details of the business were being sent out to potential buyers and discussions would be with interested parties in due course.