Three men associated with one of Hawke's Bay's largest fishing companies have today admitted misleading officials about their catches and falsifying documents. 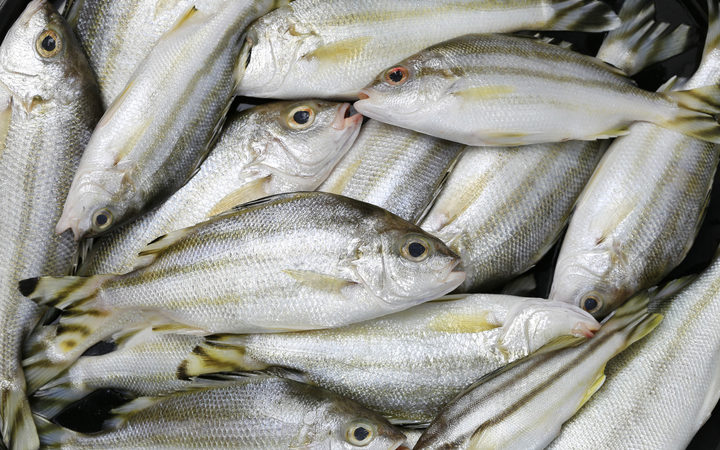 The case against brother, Antonino (Nino) and Giancarlo (Joe) D'Esposito and Antonino's son, Marcus D'Esposito, began in the Wellington District Court in May last year.

Several of their companies were also charged by the Ministry for Primary Industries, Hawke's Bay Seafood's, Ocean Enterprises and Esplanade No 3 Limited.

Initially 355 charges were before the court relating to 32 exports of fish such as bluenose and trumpeter.

However, many of those charges have been amended or withdrawn during the proceedings with the three defendants and their companies entering guilty pleas and being convicted of 130 charges.

The men and their companies came under scrutiny when discrepancies were found between the amount of fish they reported catching and the amount they exported to overseas markets.

The Ministry for Primary Industries (MPI) launched an investigation in October 2012 and the charges laid as a result included selling fish not recorded in returns filed with the ministry and making false statements.

In a summary of facts, the ministry said Marcus D'Esposito recorded the weight of bluenose caught and that weight formed the basis for all other reports through the Quota Management System.

"The defendant Marcus D'Esposito knew that the recorded weight of [bluenose] landed ... was lower than what was in fact landed but failed to take all reasonable steps to ensure that the true amount ... was recorded.

"As a result, this falsity was then recorded in a purchase invoice [fisheries form] by the defendant, Ocean Enterprises."

The unreported catch of bluenose was then sold to Australian customers.

MPI said Nino D'Esposito regularly communicated with one of his skippers while boats were at sea.

"In those circumstances, and as a director of the defendant companies, he should have known that the [paperwork was wrong] and he failed to take all reasonable steps to prevent or stop [that]."

The ministry said that although Joe D'Esposito did not know of the actual misreporting, he was responsible for monitoring the catch and should have known the exports contained more bluenose than was reported as landed.

"[He] failed to take all reasonable steps to prevent those sales."

Nino D'Esposito has been involved in the fishing industry for more than 40 years and his brother Joe for 30 years.

Both have previous convictions for breaching the fisheries law.

Marcus D'Esposito has been part of the fishing industry for about 10 years and has no previous fisheries convictions.

Fishers who take more than their annual catch entitled are required to pay a penalty to MPI for the deemed value of the extra catch.

The value of the exported fish that was not included in catch returns has been valued at $253,404.62.

MPI said misreporting fisheries returns meant that when decisions were made about managing the country's fishing resources, they were based on false information.

"Depending on the effect on the stock assessment, this may result in a fish stock being fished beyond the level which will return the optimal long-term benefits to the nation and the industry.

"[It may also] result in unnecessarily restrictive catch limits and lost fishing opportunities.

"The perpetrator obtains a commercial advantage over those who report correctly."

Four of the defendants' boats, the Lady Ruth, Trial B, Pacific Explorer and Mutiara II may also end up being forfeited to the Crown.

The men and their companies will be sentenced later in the year.