Anti-money laundering rules are almost completely ineffective in stopping criminals, according to a new study. 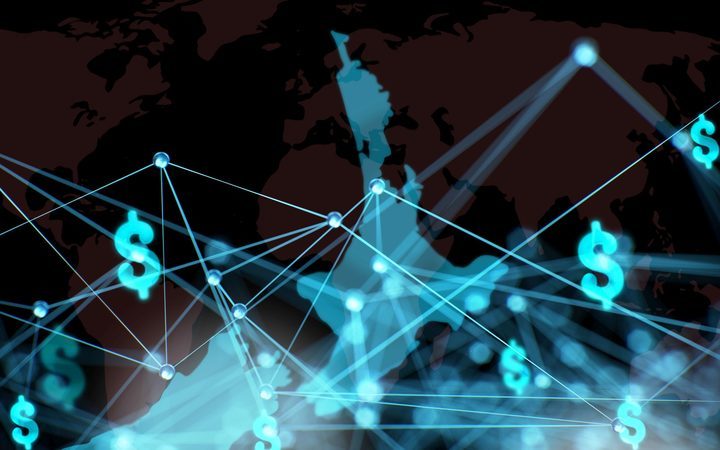 New Zealand fared slightly better, collecting about 1 percent of the estimated $6 to $8 billion in ill-gotten gains.

"The disruption of criminal funds scarcely has the impact of a rounding error in the accounts of Criminals Inc," Dr Pol said.

Banks and other financial firms must verify their client's identity and report suspicious transactions, but Dr Pol said it was little more than a ticking the box exercise.

"What we tend to be doing in most countries is putting in place a compliance framework that proves firms can comply with a whole set of rules," Dr Pol said.

"Those rules aren't necessarily having the desired outcome."

The rules will be extended to professions such as lawyers, accountants and real estate agents from July.

But Dr Pol doubted that will make much difference in "closing loopholes" that criminals exploit.

He said his research showed no material difference in intercepting criminal finances between countries that already had money laundering controls over these professions, such as Britain, and those that did not, like Australia.

"The industry does not critically test the assumptions. It keeps putting out more and more rules without asking 'are these rules working?'" Dr Pol said.

The changes had at least raised awareness about corruption, Ms Snively said.

"It's the integrity systems and the culture of companies which ultimately make a difference.

"It's by changing those things and working with people to do the right thing that we're ultimately going to prevent and protect ourselves against corrupt behaviour."

A leading lawyer in anti-money laundering and financial regulation, Gary Hughes, agreed, adding the tougher rules had prompted greater vigilance among banks and other financial organisations.

"That's probably turning up much better intelligence or more reporting and data coming into the police units," Mr Hughes said.

"And overall it's certainly benefited our international reputation to clean up this area."

But Mr Hughes warned the cost of complying was high, particularly for smaller firms.

A Ministry of Justice regulatory impact statement estimated the total cost of extending the rules to lawyers, accountants and real estate agents ranged from start-up costs of $72 million to $313m, and yearly running costs of $64m to $223m.

"What we've got is something that doesn't work very well for say a small remittance business or a finance company," Mr Hughes said.

"They are given some hefty obligations to comply with, and the cost is disproportionate at that level."

Dr Pol suggested the government find out how the laundering actually happens, and set the rules based on those findings.

Otherwise criminals would continue to get away with it "virtually unhindered".