The outgoing head of the Reserve Bank has given a solid defence of his policies over the past five years, and says there should be no rush to ease housing loan rules. 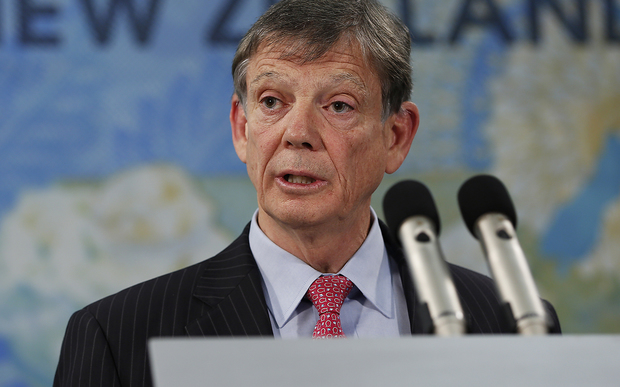 Graeme Wheeler has given a public speech that is likely to be his last before he leaves at the end of next month after five years as governor.

He said the central bank's policies had helped boost economic growth and employment, as well as protect the financial system.

During his tenure, the economy averaged annual growth of 2.8 percent and employment growth of 2.5 percent, while inflation sat at about 1 percent, because of subdued worldwide price pressures.

Mr Wheeler said there was every prospect the strong growth would continue.

"In the absence of major unanticipated shocks, prospects look promising for continued robust economic growth in New Zealand over the next two years. The greatest risk we face at this stage relates to the inflated global asset prices and the continuing build up in global debt."

He countered assertions by some commentators and politicians that the bank's monetary policy needed to look at more than targeting inflation, such as Labour's suggestion of an employment target.

"We believe that it is still the best monetary policy framework for New Zealand."

The RBNZ's primary mandate was to keep inflation around the midpoint of the 1-3 percent target band.

Mr Wheeler did not directly tackle calls from the property sector and the Prime Minister for the loan to value ratios (LVRs) - which clamped down on risky home lending - to be eased or even scrapped.

He said the LVRs had helped to cool house price inflation to 1 percent in July from 21 percent two years ago and had reduced financial system risks, while first-home buyers have still been able to get loans.

Mr Wheeler said the LVRs were meant to be temporary and said they could be removed if the risks to the banking system had receded.

There were also reduced chances of a bounce back in prices.

"There is a risk of a housing market resurgence ... if LVRs were removed at this time. The bank will continue to review developments, bearing in mind that removal could be made in stages as a safeguard to a resurgent market."

He said New Zealand had fared better than most developed economies in recent years and was in a better shape to cope with any global downturn.

Mr Wheeler's term ends on 26 September and one of the current deputy governors, Grant Spencer, will be acting governor for six months pending a permanent appointment.

The other deputy governor, Geoff Bascand, has indicated he will apply for the top job.