Reserve Bank Governor Graeme Wheeler has held interest rates steady, as expected, and reaffirmed that any rises are at least two years away. 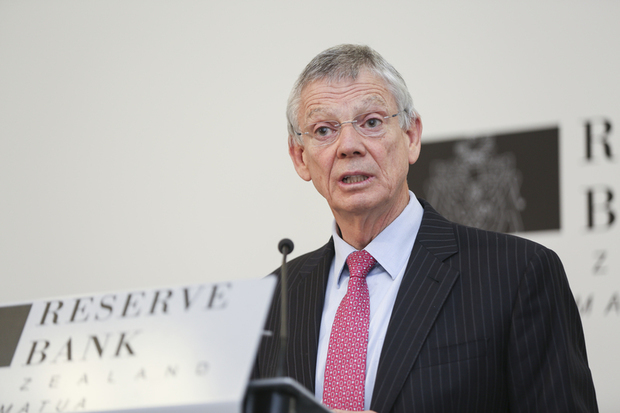 The official cash rate was held at 1.75 percent for the fifth consecutive review, with the statement almost a carbon copy of the one issued in June, with low inflation and a cooling housing market keeping the bank on the sidelines.

"Monetary policy will remain accommodative for a considerable period. Numerous uncertainties remain and policy may need to adjust accordingly," Mr Wheeler said in a statement.

He said the economy was ticking over reasonably after a soft start to the year, while inflation was expected to slow in the near term before picking up pace again.

The RBNZ's interest rate forecasts pointed to the cash rate remaining on hold until early 2020.

Some analysts had expected the RBNZ might take a more downbeat view and push out its interest rate forecasts because of recent soft economic numbers and increased overseas uncertainty.

"The RBNZ's OCR outlook was not as 'dovish' as expected ... we continue to expect [it] to remain on hold until February 2019," ASB chief economist Nick Tuffley said.

The New Zealand dollar gained slightly against the US dollar as the central bank held to its previous tone.

Mr Wheeler steps down at the end of next month, just before the next statement.

He has had a low-key approach to the job during his five years but was criticised by some commentators for the abortive rate rises in 2014 which had to be reversed as inflation fell to multi-year lows, and for giving what were interpreted as mixed signals and jumbled communications.

One of the current deputy governors, Grant Spencer, will be an acting RBNZ head for six months until a new governor is appointed.