Fonterra has lifted its final milk payout for this season by 15 cents to $6.15 a kilogram of milk solids. 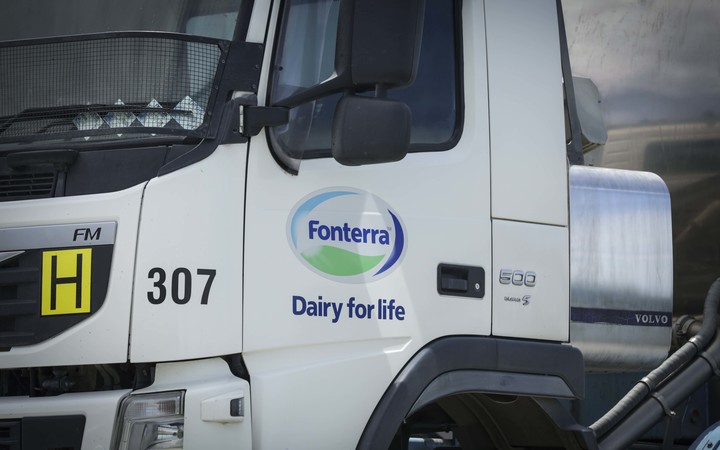 Analysts had expected Fonterra to stick around the $6 mark for the current season.

The cooperative confirmed earnings on top of that of 45 to 55 cents, along with a dividend of 40 cents per share.

It was expecting that to take the total payout for this season to about $6.50.

Fonterra chair John Wilson said it was a big boost for farmers and would give them confidence in the global market.

"[It's] a much more balanced global dairy market and that's been reflected in being able to lift not only to $6.15 but also pleasingly our forecast for our farmers for the year ahead."

Mr Wilson said that would help dairy farmers pay off debt and get farm maintenance done over winter.

"World dairy prices have risen in recent months and as we near the end of the season we have more visibility and certainty which makes us confident of our $6.15 position," he said.

For the new season, the co-op has beaten expectations and provided an opening forecast payout of $6.50 per kilo of milk solids.

"Stronger production in March and April has partly offset lower peak milk production and collections are now expected to be down 3 percent for the season, a much better outcome for our farmers than had been anticipated earlier in the year," Mr Wilson said.

Next season's forecast is in line with some banking economists who have also pencilled in a forecast payout in the mid-to-high $6 range.

Prices at the global dairy auction have made small gains in the past two months and the dairy index is now at its highest in about three years.