The fast-growing economy is showing no signs of flagging, despite last month's damaging earthquakes. 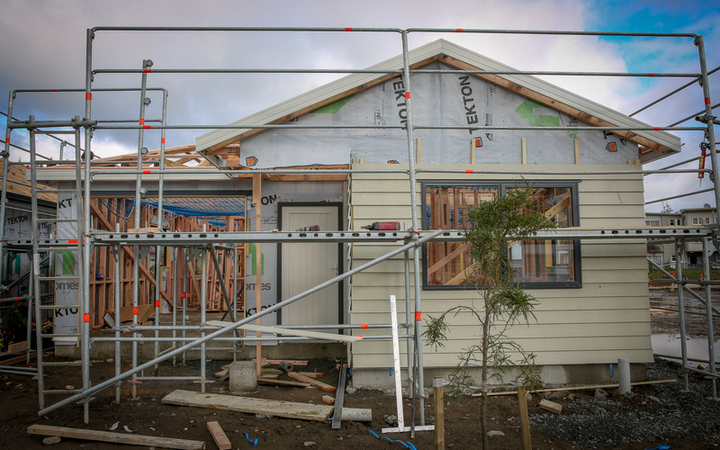 Building consents have hit an 11-year high, activity in the services sector remains robust, while business and consumer confidence are buoyant.

In construction, the number of consents issued for new houses totalled 30,161 in the year to October, propelled by a rising population and low interest rates.

There were signs the growth in consents was flattening out, though it was still at "strong levels", she said.

The number of dwelling consents issued lifted 2.6 percent to 2683 in the month of October.

However, the slowing of house-building growth in Auckland was expected to put further pressure on already rising prices in an increasingly unaffordable city.

"It is a concern in that the region clearly still has a housing shortage. But it's quite understandable as well," Ms Zollner said.

"They are basically flat out in the construction sector. There are hardly any workers or cranes to be found, and in addition to that it's getting harder to get finance for big projects."

Separately, services sector activity remained robust in the lead-up to Christmas, despite the closure of major transport links at the top of the South Island due to last month's 7.8 earthquake in north Canterbury. 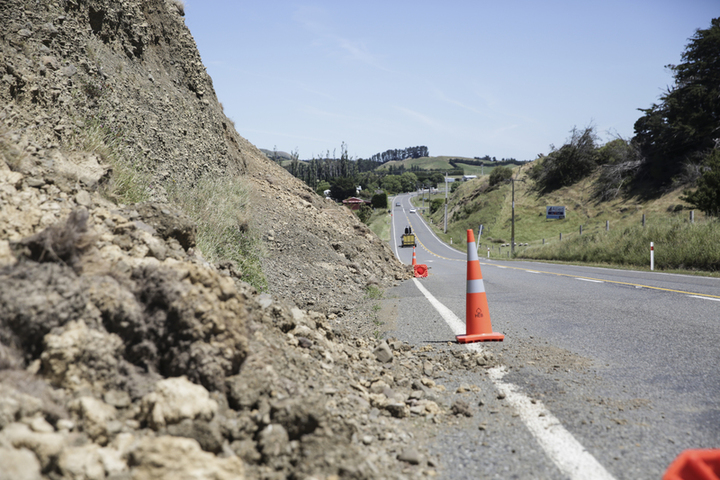 The Kaikōura earthquake has generated activity for some businesses, while it's been bad news for others. Photo: RNZ / Rebekah Parsons-King;

The BNZ-Business New Zealand Performance of Services Index rose 1.3 points to 57.9 in November from a month earlier, with gains in sales and new orders. A reading above 50 indicates expansion.

"A lot of respondents noted that [the quakes] as a major influence on their business," BNZ senior economist Doug Steel said.

"Interestingly, they weren't all negative. For some people quakes have generated quite a bit of activity.

"You would normally expect the spending indicators and retail activity to be picking up into Christmas, and indeed that did."

"But what's interesting is that it increased even more than it usually does. Underneath the headline figures we think there's quite a bit of strength in the services sector."

Retailers will also be buoyed by a sharp rise in consumer confidence to two-year highs, with low income and rural households driving improved optimism.

The Westpac McDermott Miller Consumer Confidence Index gained five points to 113 in the past three months. A reading above 100 indicates more optimists than pessimists.

"Household's employment situation has really improved over the past year as the economy has continued to strengthen," Westpac senior economist Satish Ranchhod said.

"The second big factor going on is the change in the outlook for the rural sector. Dairy prices have improved after a period of softness and that's really changed the sentiment for a lot of rural communities."

ANZ's monthly business confidence survey found a net 22 percent of respondents were optimistic in December about the year ahead, up one point on the previous month.

"Businesses are jolly when they consider the outlook for their own firms," ANZ chief economist, Cameron Bagrie said.

A net 40 percent of firms expected better times for their own business, with all the five major sectors expressing improving sentiment.

He said the survey pointed to economic growth accelerating from its current pace of 3.5 percent.

GDP figures for the September quarter will be released on Thursday.