Synlait Milk has increased its forecast milk price from $5 to $6 per kilo of milk solids (kg/ms) for the 2016/17 season. 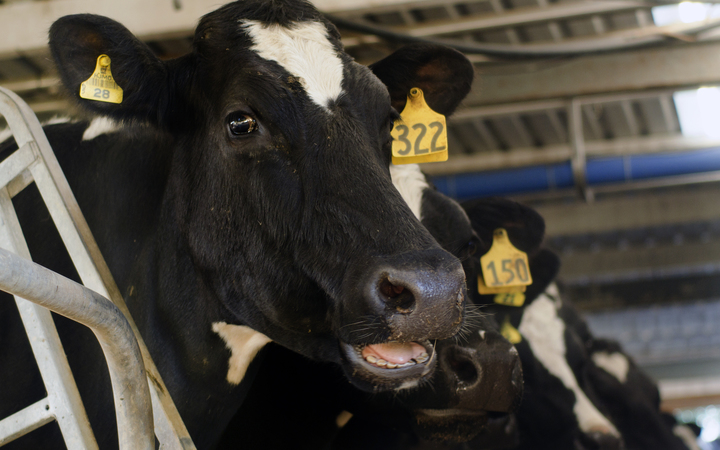 The company said the recent strength of the rise in global prices and the fall in production around the world justified the rise in the forecast.

Fonterra raised its forecast last week by 75 cents to $6kg/ms.

Synlait Milk is a Canterbury-based company with about 200 suppliers. Most of their output goes into milk powder and infant formula for the A2 Milk Company.

"We would like to think we're seeing some increase in demand in the market, however we are very conscious of the surpluses that remain in Europe, of skim milk powder in particular. We'd like to see that cleared from the market before we would say the price rises are here to stay."

While the company was pleased to lift milk supplier payments, the outlook was still uncertain, Mr Penno said.

"We remain cautious about the medium to long term outlook and encourage our milk suppliers to take this into account as they make their plans."

The company expected to give more detail on new production facilities and product streams later in the season.

New Zealand's second largest dairy co-operative, Westland Milk Products, lifted its payout prediction for 2016/17 to a range of $5.50 to $5.90kg/ms.

Chief Executive Toni Brendish said the lift in payout prediction has been made possible by two factors.

"Firstly, global dairy market prices have increased and Westland has been able to take advantage of that," she said.

"Secondly, we have made a number of improvements to the efficiency of our production and quality assurance processes resulting in savings that can be passed on to shareholders."

Ms Brendish said that Westland would also raise its advance payout rate to shareholders to $4kg/ms (up from $3.80).