Lending restrictions are showing signs of cooling Auckland's housing market - but there are fears the effect will not last long.

It comes as property investors continue to increase their grip on the city's market, where the average house price is this week expected to top $1 million.

In July, the Reserve Bank floated the idea of tighter lending restrictions for property investors and owner-occupiers in a bid to try and cool the market, particularly in Auckland.

The new rules were not expected to come into force until later this year, but the banks started applying them to new customers within days of them being mooted.

That saw a surge in people wanting to get their loans approved in the two weeks after the announcement. 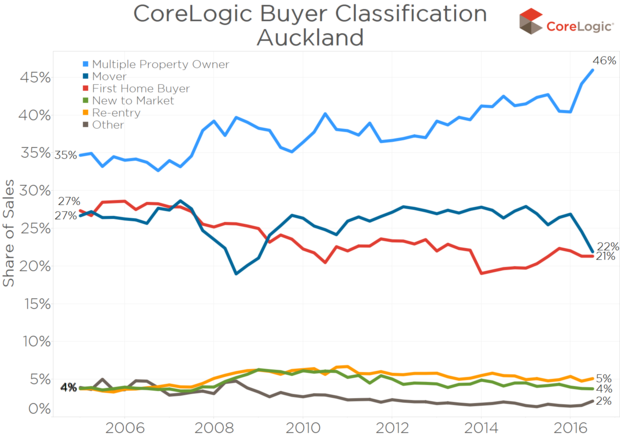 But by August the number of pre-sale valuations being carried out by banks had dropped 5 percent compared to June, CoreLogic senior research analyst Nick Goodall said.

That gave a good indication where the market was headed, at least in the short term.

"We track the number of valuations that are ordered through the banks for home loans and this is the front-of-market measure of what sales are going to occur in the coming months.

"We do expect to see those sales volumes drop away slightly in conjunction with those valuations, so maybe a 5 percent drop over July, August and even flowing through to September," he said.

A drop in sales does not always result in a drop in prices, however.

The Reserve Bank's previous two attempts at curbing the housing market with lending restrictions were not that successful, having only a temporary effect.

"We think it will be a fairly temporary effect because you have still got a massive under-supply in Auckland still not building fast enough to keep up with demand let alone the under-supply issue," he said.

All property investors now needed a deposit of 40 percent to borrow from banks and only 5 percent of all lending could go to investors with less than that amount. 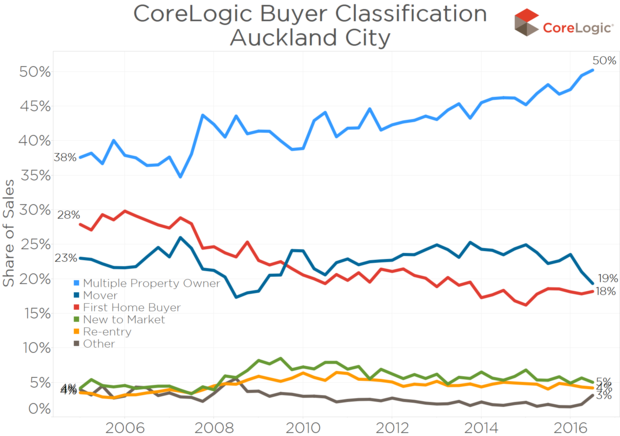 But CoreLogic's Nick Goodall said investors were unlikely to be affected by the new rules that much.

"Twenty five percent of sales to investors are with cash 0 they don't actually require a mortgage - and a large percentage will actually be under that 60 percent LVR anyway so it's not going to completely hammer the investor market."

It came as new figures showed investors continued to tighten their grip on Auckland's housing market in the first seven months of the year, increasing their share of sales from 40 to 46 percent.

During the same period, the share of sales going to families trading up or scaling down their homes fell from 26 percent to 22 percent.

CoreLogic said investors were not to blame for pushing families out of the market as families often chose to stay put and renovate, rather than move in a tight market.

In the meantime, house prices are tipped to keep rising.

Quotable Value figures published on Tuesday were likely to show Auckland's average house price smashing through the $1m mark for the first time.

It may not be news for many Aucklanders though - of a total of 210 suburbs in Auckland 90 are $1 million suburbs, compared to just seven in 2007.