The Commerce Commission will decide early next year if the merger of media companies Fairfax and NZME will go ahead. 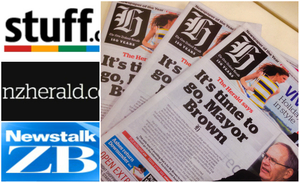 The companies lodged their application in May and a final decision was expected today, but is now expected by 15 March.

It said the proposal was complex and it was still assessing a number of factors.

"The Commission is continuing to assess the effects of the proposed merger on areas such as the provision of national, regional and local news content and information, including the impact on the quality, accuracy and range of the news media in New Zealand," it said in a statement.

"In addition, the Commission is assessing whether the proposed merger would enable the parties to increase prices to advertisers and consumers."

It said it now expects to make a draft decision by early November.

"This will set out the Commission's preliminary view on whether the proposed merger would be likely to result in a substantial lessening of competition as well as balancing the public benefits and detriments that it may bring about."

The watchdog said further submissions could be lodged after that, and a public meeting may be held to discuss the draft in December.