Changes in the media sector, including whether there are different print, broadcast and online markets, look set to figure prominently in the Commerce Commission's investigation into the proposed merger between Fairfax and NZME. 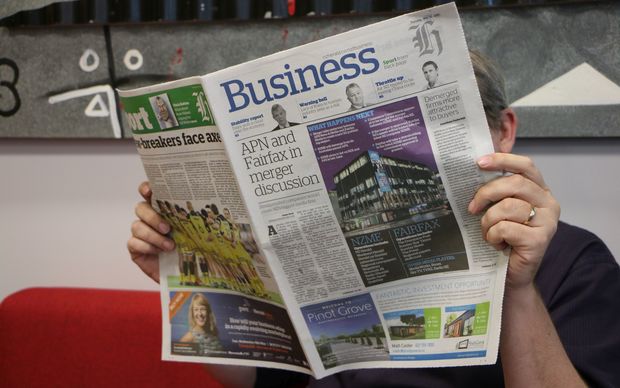 The Commerce Commission has issued its preliminary list of issues it will consider as it looks at whether it will approve the merger.

The commission said, among the key issues it would be investigating, was whether online and print advertising and content should be considered as separate markets, and the extent to which there was already competition.

The two companies, which own most of the country's daily newspapers, community newspapers, and two leading websites, have said the traditional divisions between print and online no longer exist, and that consumers care more about content and not the way it is delivered.

They have said the issue of competition is not between the New Zealand companies but the competition from global online heavyweights such as Facebook and Google.

"We will examine the extent to which both advertisers and readers view different media as substitutes," the commission said in its paper.

"As part of this assessment on the reader side, we will consider the extent to which content is created with a specific platform (print, digital or radio) in mind."

The commission said it would also look at whether the merger might lead to paywalls, whether there would be more or less competition in the advertising market, and the amount of competition from organisations such as RNZ, TVNZ, MediaWorks and overseas media groups.

Other areas to be studied include the Sunday newspaper market, competition in Hawke's Bay and Waikato, and free community newspapers.

The commission's deadline for public submissions is 1 July, and it has said it will make a decision by 22 August, although that date could be extended.

Read the Commerce Commission issues paper on the proposed merger.