A big Canterbury-based house builder has teamed up with a private investment firm to take advantage of the booming residential property market in the upper North Island. 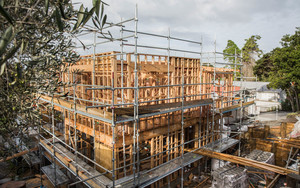 Mike Greer Homes has sold an 18 percent stake in its business to the property development and investment firm Tailorspace for an undisclosed sum, as part of a long-term growth strategy to build homes in and around Auckland.

The principal owner, Mike Greer, said the business had seen a four-fold increase since the Canterbury earthquakes, and is on track to sell 1400 house and land packages this year.

He said Tailorspace's capital and expertise gives it what it needs to meet its growth ambitions for the move north.

Mr Greer said the company would still be based in Christchurch, where residential building growth remains steady.