Business leaders are worried about a government proposal to allow unused land to be taken for development.

The government wants to crack down on land banking, where property investors buying up land and keeping it idle as they wait for the best time to sell it. 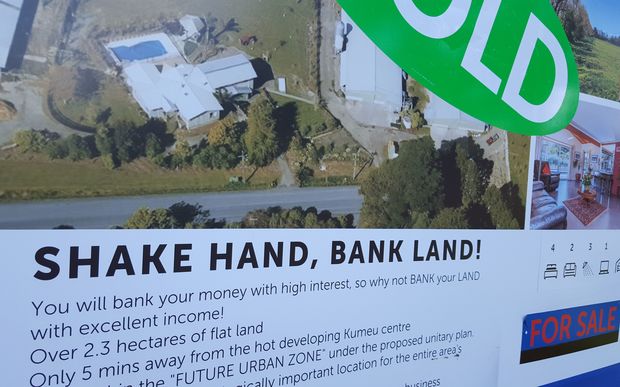 But the idea has some people raising concerns about the overriding of people's property rights.

Building and Housing Minister Nick Smith has said the Cabinet would consider over the next few months whether to allow authorities the power to invoke the Public Works Act to acquire land held by land bankers to use for housing developments.

"There is no law to say you cannot buy land and not develop it," Mr Champion said. "Buying land has always been part of the investment mix. The government has to step very carefully in this area."

Dr Smith told Morning Report today these sorts of powers already existed for infrastructure projects - and they would be used sparingly.

"The question is when you are redeveloping an area ... if you've got a block of land involving 40 or 50 titles and you're trying to get a substantive redevelopment of that area, should you allow a single one of those title owners, who might be quite small, to hold off what is really important for a city's redevelopment?" 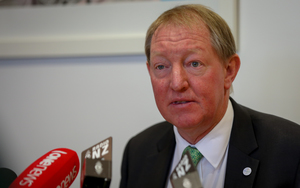 Dr Smith repeated the move would be a"big call" but had been recommended by the Productivity Commission and should be considered.

Property Council acting chief executive Matt Paterson was also concerned, but wasn't ruling out the idea entirely, if used as a last resort.

In rural Kumeu, north-west Auckland, many sections have been bought in recent years because the area is a prime candidate for rezoning for urban development.

Auckland Council is to settle its Unitary Plan next month, which could see Kumeu zoned for housing. That has prompted some property investors to buy land and then sit on it as they try and work out the most profitable time to sell the land for housing developments.

Kumeu-Huapai Ratepayers and Residents Association chair Peter Sinton is a town planner and he said the government's idea was worth considering - but the real issue was the lack of infrastructure in the area, such as roading, stormwater and sewerage.

Local Government New Zealand is keen for the idea to be considered further, as it would give councils more tools to address land supply issues.

Labour Party leader Andrew Little said he had no sympathy for land bankers, and said the party's housing policy due to be launched this weekend would spell out what Labour would do to ensure urban development.

"If the question is do I have any sympathy with those who buy large tracts of land and sit on them to just wait for the capital gain, I have none whatsoever, and I think you will see that reflected in the announcement I make this weekend."

ACT party leader David Seymour said the idea of legislation allowing land held by private buyers to be used for housing developments is like a policy dreamt up by a South American socialist regime.

Mr Seymour said bringing in another layer of bureaucracy, with the likelihood of judicial reviews, is not the answer to the housing shortage. It was the planning regime that needed to be fixed, he said.

"The planning regime that Auckland Council and other councils put in place over 20 years has driven up the price of land to the point that people don't want to sell it, they don't want to let it go, because all they've ever know is the value going up."