The Reserve Bank has held the official cash rate steady at a record low 2.25 percent as expected, but left the door open for further cuts. 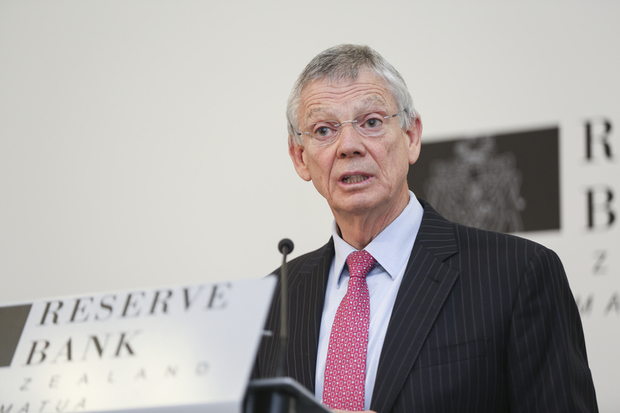 Analysts and financial markets had expected no change to the benchmark rate.

"We expect inflation to strengthen reflecting the accommodative stance of monetary policy, increases in fuel and other commodity prices, an expected depreciation in the New Zealand dollar and some increase in capacity pressures.

"Monetary policy will continue to be accommodative. Further policy easing may be required to ensure that future average inflation settles near the middle of the target range."

The dollar jumped nearly a cent from US70.22c cents to US71.17c following the decision, before easing slightly.

He said domestic activity continues to perform robustly on the back of surging migration and tourism, construction activity, and low interest rates.

But the dollar remained an irritant, he said.

The Reserve Bank also highlighted the surging housing market as a threat, with Mr Wheeler pointing out it could undermine the financial system.

While inflation remained low, Mr Wheeler expected it to pick up, underpinned by the low cost of borrowing, rising fuel prices and an eventual fall in the currency.

But the central bank was still forecasting one more rate cut, which would take the cost of borrowing to 2 percent.

"We continue to see downside risks to the RBNZ's inflation outlook. As a result, we continue to expect the cash rate to eventually fall to 1.75 percent, although the RBNZ appears very reluctant to cut rates," Ms Turner said.

Other analysts were not so sure.

Before the decision this morning, the ANZ Bank said a scenario where no further cuts would be needed "is actually becoming more credible".