Treasury head Gabriel Makhlouf has taken the naysayers to task about the economy, saying it is growing faster than it predicted back in December. 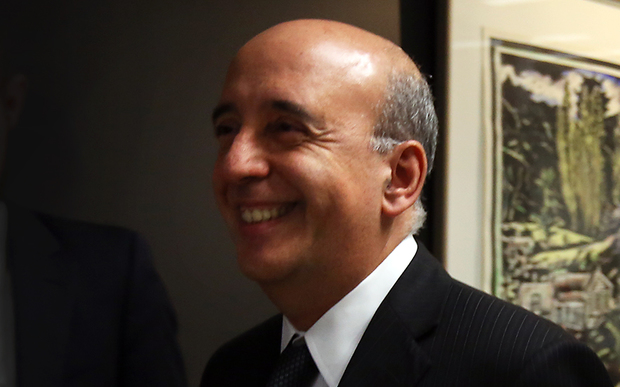 The government's fiscal advisor forecast growth would average around 2.7 percent a year over the next five years in the Half Year Economic and Fiscal Update.

He expected the Treasury would upgrade its forecasts when the budget rolled round in late May.

"The economy's growing. When we come out with our economic forecasts at budget time, I'd expect those to be more positive than they were at the half-year forecasts in December."

But some commentators say more needs to be done to stave off the risk of global deflation, and the effect it could have on growth.

The chief economist of economic research and analysis company Berl, Ganesh Nana, said the stimulus from the Reserve Bank cutting interest rates was rapidly losing its punch, and he urged the government to aggressively adopt an old-fashioned idea of pump priming the economy by fast tracking infrastructure projects in the regions.

Mr Nana said global pressures could not be ignored.

"The world is not a happy place in terms of economic prospects and we are part of that world and we will not escape those influences."

But Mr Makhlouf was not convinced deflation would set in.

He was also confident the central bank still had plenty of room to cut the record low interest rates further if need be.

Nevertheless, Mr Makhlouf was not keen for the Reserve Bank to follow some of its counterparts down one particular path - that of negative interest rates.

No to negative interest

The European Central Bank and Bank of Japan are just two central banks to have adopted negative interest rates - where the banks charge depositors to hold their money - to kick-start languishing economies.

Mr Makhlouf said he understood the reasons why some central banks had adopted them, but he was relieved the New Zealand's economy was not in such a state that the Reserve Bank would consider using them.

"I don't think any of us would like to live in a world where negative interest rates are a matter of course.

"The long-term implications of negative interest rates, I suspect, are not that well understood.

"But I'm pleased that [New Zealand] is not there. We don't want to live in that world."

Mr Makhlouf said the government's role was to set stable economic conditions that allowed businesses to thrive, and workers to obtain the right skills.

"That's what matters. I don't think an activist monetary policy or an activist fiscal policy are the definers of success or failure."