The new chief executive of Fisher & Paykel Healthcare will take a steady as she goes approach to running the fast-growing health appliance manufacturer. 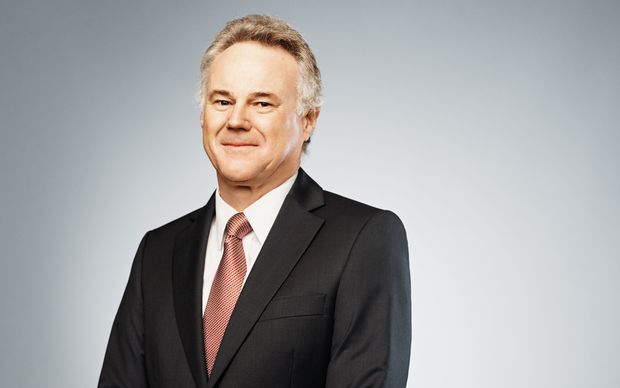 Fisher & Paykel's former senior vice president of products and technology, Lewis Gradon, took over the reins of the global company at the beginning of April, replacing Michael Daniell who retired after more than 30 years in the job.

As the new chief executive and managing director, Mr Gradon said his aim was to double the company's size every five years.

"I am really comfortable with the trajectory we are on and we are going to stay on it," he said.

Mr Gradon said Fisher & Paykel was confident of achieving its ambitions, as hospitals and other healthcare providers looked to new technology to help reduce costs.

"Our biggest growth opportunities are in the new therapies we have developed," he said, adding that Fisher & Paykel's appliances helped in treating such things as sleep and breathing disorders.

He said his company's global growth rates were linked to economic growth in the countries where it operated - slower in some countries than in China and India, which were developing their healthcare infrastructure.

The company has all of its research and development and some manufacturing at its plant in East Tamaki, with about 28 percent of the output at a plant in Tijuana, Mexico.

Mr Gradon said Mexico's output was growing at a rate of two-thirds to three quarters a year, with the balance of growth in New Zealand.

He worked under the former long-serving chief executive for over 30 years and had been working with him closely over the past six months as he transitioned into the top job.

Mr Gradon also joined Mr Daniell on the company's board as a non-independent director.