The business community and tax professionals are giving the thumbs up to proposed tax changes that will affect tens of thousands of small businesses and contractors.

In a pre-Budget speech, Prime Minister John Key yesterday announced the change to provisional tax arrangements allowing about 100,000 small businesses the option to pay as they earn income. 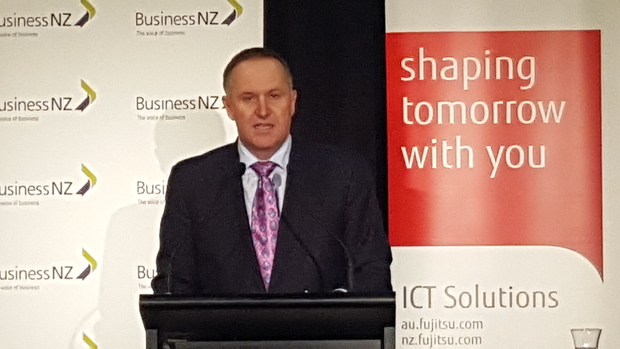 Tax experts said the proposals were a welcome move to update an often onerous and unnecessarily punitive system.

The main proposed changes are:

Manufacturers and Exporters Association chief executive Kim Campbell said the proposed changes would will make life easier and fairer for small businesses which often fell foul of the authorities through no fault of their own.

"Getting it wrong was very expensive and getting it right was almost impossible," he said.

"What really people saw as unfair was, if you said, I don't want to get it wrong, I'll overpay my tax upfront, the amount of interest that the government would give you was a fraction of what they'd charge you if you got it wrong."

The proposals tackled some significant problems and would reduce stress for businesses with uncertain and unpredictable income, he said.

"It will give smaller business greater certainty that if they pay provisional tax under a standard method then they won't suffer any unexpected and high use of money interest charges."

The proposal to allow self-employed contractors or individuals who work through a contracting firm to pick a withholding tax rate that suited was also significant, he said.

"It's sensible that a variable rate of withholding tax is adopted ... and while this won't grab the headlines, they could be very influential for over 100,000 contractors."

One of the other proposed changes is to allow Inland Revenue to release information about businesses with significant tax debt to credit reporting agencies.

"It is absolutely in everyone's interest to see where risk lies in the business community so that New Zealand companies are equipped with appropriate information to make the best commercial decisions.

"While there are important privacy issues to consider, we see the proposals as an appropriate and much needed balancing of public interest versus privacy. "