Workers at Fisher & Paykel Appliances' East Tamaki factory, due to shut at the end of the year, might have to move overseas to earn an equivalent income.

The company announced yesterday it would close the factory in Auckland in November, with more than 180 jobs expected to be lost.

Many of the people who would lose their jobs were highly skilled, E Tu Union's Les Waimotu said.

But there just weren't many jobs in New Zealand that required their specific skill set. The union's national secretary, Bill Newson, said yesterday that while they may find jobs in the manufacturing sector, many would be low-paid, part-time or casual work. 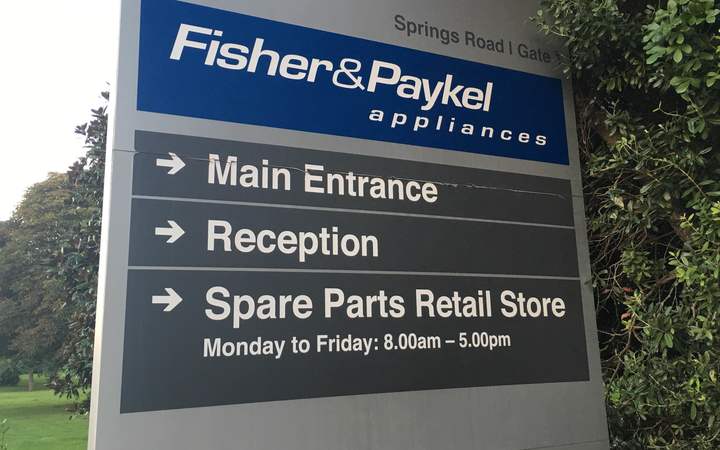 Donovan Puri has worked at the factory for 20 years.

He told Checkpoint with John Campbell he made close to $28 an hour and feared he wouldn't find a job in New Zealand that matched that.

"I've checked online and there's nothing that's close to what I'm earning now. It's going to be pretty hard for me out there... I might need to get two or three jobs just to get what I'm getting now."

He paid $650 a week for rent, which was not unusual in Auckland, and was worried he would not be able to pay his rent if he earned a lower wage.

"If I don't find a job where I would earn as much as what I'm getting now or even close to it, I'll be looking overseas because I wouldn't be able to afford where I am now."

Pio Manuele, 48, has spent half his life working for the company. While the machine operator owns his own home, he still has a mortgage and is the sole breadwinner after his wife died two years ago.

"I am going to be redundant at the end of this year, so I don't know what the future is going to be like for me."

There was simply a lack of jobs in New Zealand for skilled workers, E Tu's Les Waimotu said.

Workers from a steel mill which recently closed in Auckland were still looking for jobs, he said.

"I just don't see that there's going to be opportunities here in New Zealand for highly skilled workers like Pio and Donovan.

"I'm 53 years of age and I've always grown up to acknowledge and totally be proud of the fact we have New Zealand-made and unfortunately we're seeing that diminish in our country."

The manufacture of Fisher & Paykel Appliances' consumer whiteware and refrigeration products will be done in Thailand and China.

Mr Newson said the government should put more money into the manufacturing sector.