Fisher & Paykel Appliances will close its East Tamaki factory in November, with more than 180 jobs expected to be lost. 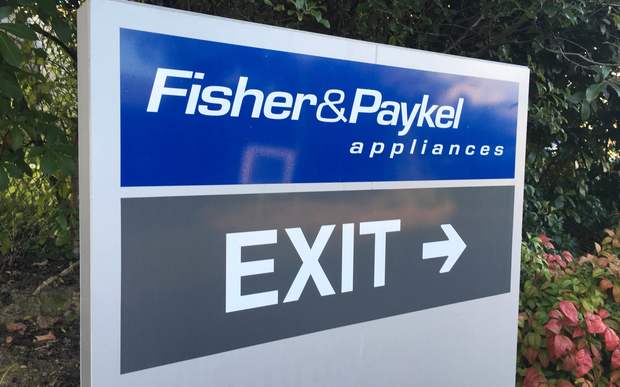 A sign at Fisher & Paykel Appliances' East Tamaki factory, which is due to be closed. Photo: RNZ / Murielle Baker

The announcement was made about 4.30pm after staff were briefed.

The company's managing director, Stuart Broadhurst, said the factory was no longer sustainable due to a lack of scale and cost-competitiveness.

It was a sad day for Fisher & Paykel Appliances and the staff, he said.

"We've managed to stave off a closure for many years but the fact is in a global market we really need to make this decision now, this difficult decision, and it is no longer sustainable and has to be closed," Mr Broadhurst told Checkpoint with John Campbell.

The manufacture of consumer whiteware and refrigeration products will be done in Thailand and China. The factory's planned closure will mark the end of the production of complete appliances in New Zealand.

The company had been open to the staff about the possibility of closure and had worked closely with staff over the past eight years, he said.

"The staff have been fantastic. We have done everything we can to make this work."

Mr Broadhurst said the company would work with the employees to find alternative employment, rather than having people leave through redundancy.

However, many of its jobs in New Zealand supported the company's growth overseas, such as jobs in development and call centres.

"The roles we are potentially going to make redundant in the plant are going to have a different skills set. There is going to be an impact, we are not going to be able to redeploy all these people in our business," Mr Broadhurst said.

"The upside is we have spent a lot of time with this group, they have a great set of skills, are very committed and will be the type of employee people want to hire."

The company had worked with the unions and workforce to keep the jobs and had been open about production in New Zealand declining, he told Checkpoint.

Nothing could be done to save the jobs, he said.

"There are many husband and wife couples who have worked in these jobs for some years so there is some real stress on these families this evening."

While there were other jobs they could move into, they were often low-paid, part-time or casual.

The government should put more money into the manufacturing sector, he said.